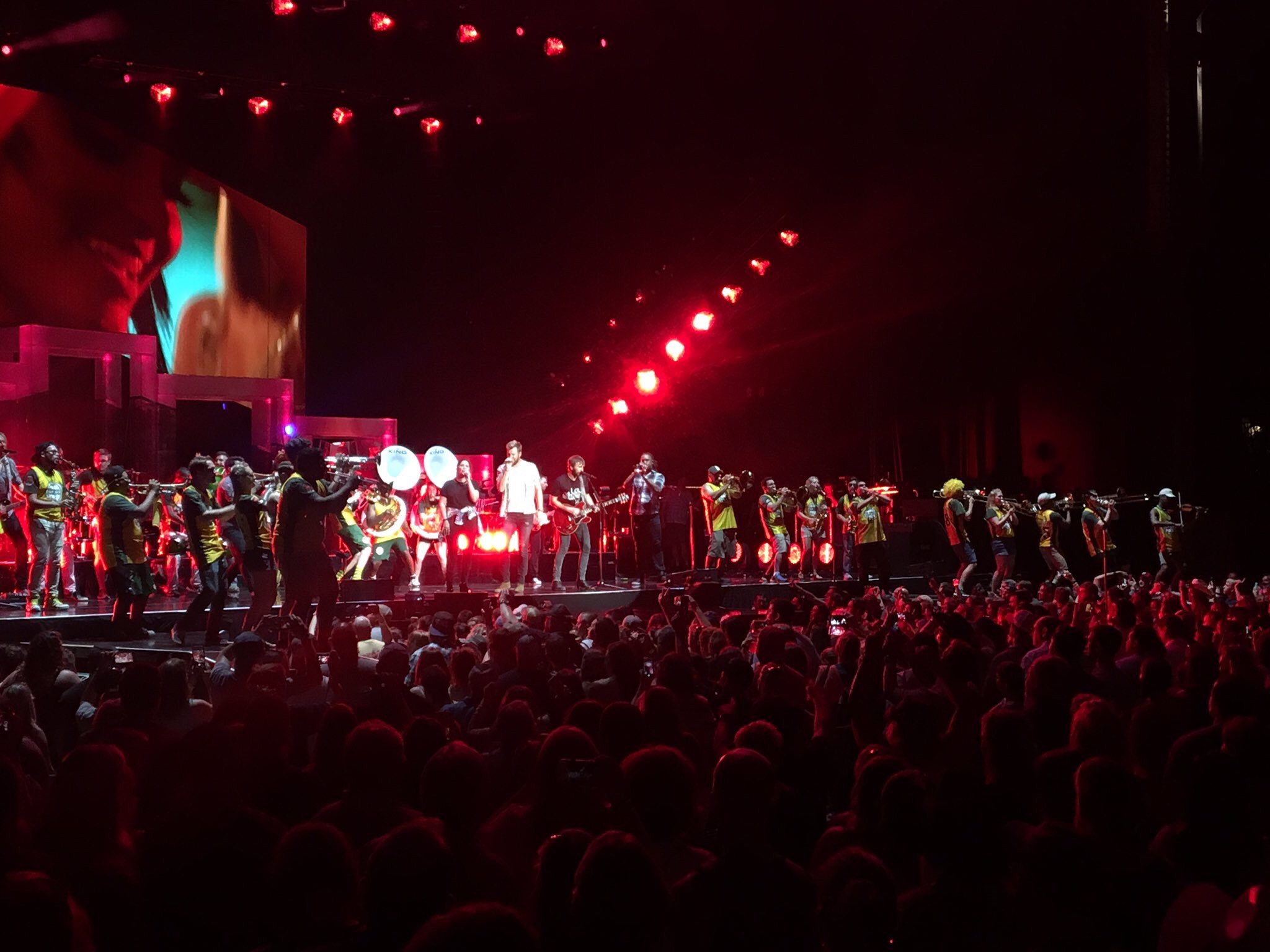 The George Mason Green Machine surprised fans of Lady Antebellum last night at their concert in the DC area.

Lady Antebellum had teased that there was a special surprise coming that night, but it wasn't until the finale that the surprise was revealed during their huge hit "You Look Good". Both bands were able to keep it completely under wraps and fans lost their minds.

Take a watch of their performance here:

Talk about a surprise! The @GeorgeMasonU band came out for "You Look Good"!

And wait is that Doc Nix in disguise rocking it on stage too?

What a cool experience.