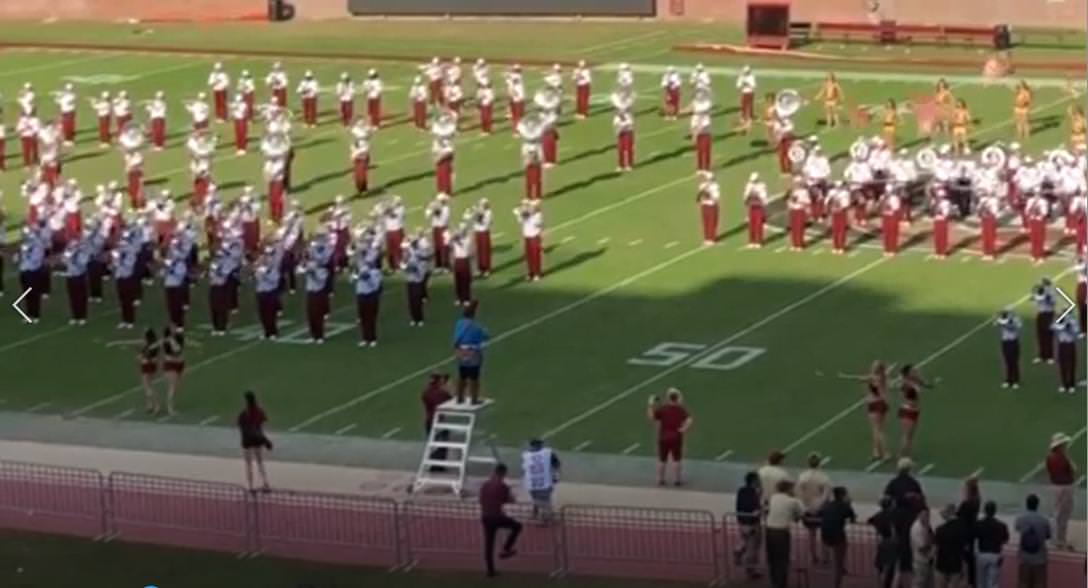 The Florida State Marching Chiefs are one of the best college band programs in the country and we were lucky to spend a day with them last year at a home game. They are true professionals and are always locked in when it's time to perform.

This couldn't be anymore clear than during a recent performance.

Their head drum major Aaron Meitz always conducts from the main platform at halftime with energy and passion. While conducting the platform under him began to collapse. Sensing that something bad was about to happen. He jumped off the platform while it fell over, landed on both feet and finished conducting.

Talk about some major focus!

Take a watch of this crazy moment.

Keep an eye on the @FSUChiefs drum major on the platform.

Way to save it Aaron!