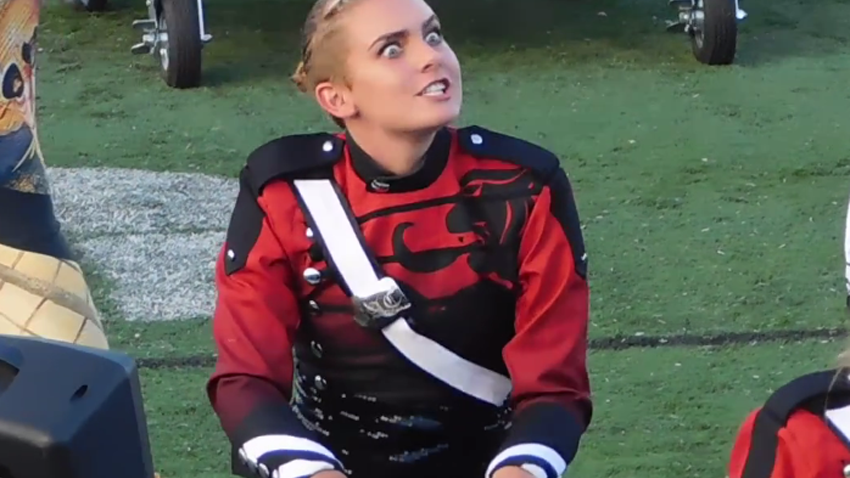 Add this to the "what were you thinking ESPN!?!" list that you have at home.

Last night ESPN decided to try and be cute and tweet out how we're "creeping" into the college football season with a viral band clip.

The only issue is that instead of using a college band to promote college football they used the Boston Crusaders.

ARE YOU FREAKING KIDDING ME!?!

The least you could do was consult with us first guys! Seriously, you're going to promote college football to millions of people and you pick a band clip that has nothing to do with college football or college marching bands!?! We have to claw and scrape for what little promotion we get from ESPN and then they go off and do this. (bashes head against wall)

Don't get us wrong we love Anna Eberhart just like everyone else (that's the girl in the clip), but come on.

Goes to show u how out of touch @ESPN is from the college band world. They used a DCI clip for college 🏈. Next time consult us please! 🤦🏻‍♂️ https://t.co/5Lrm4PYL91

Too bad this isn't from a college marching band. Nice try.

You're better than that ESPN!