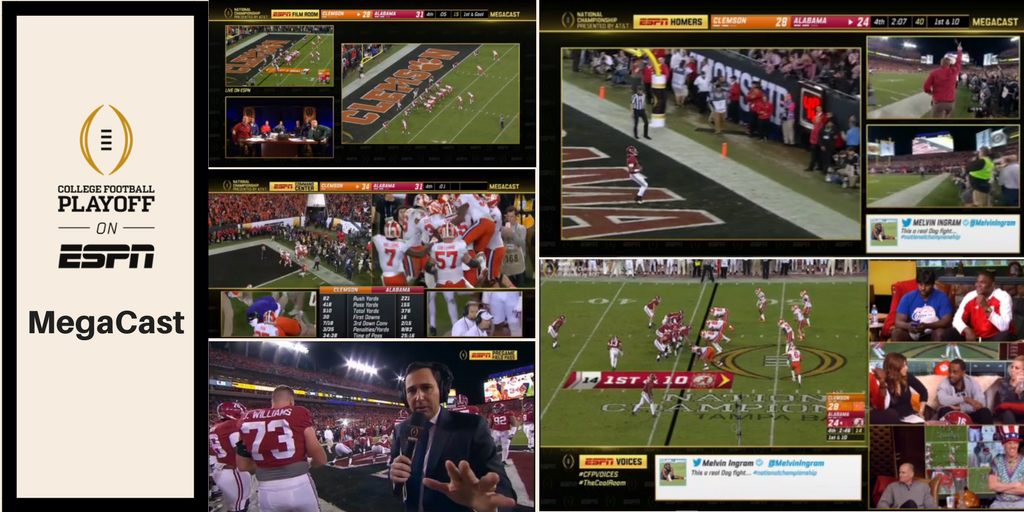 ESPN To Feature Both Bands During Champ Game Tonight The National Championship broadcast tonight from Atlanta, GA by ESPN is set to once again feature the marching bands performing at the games. Fans of the Georgia Redcoat Bands and the Alabama Million Dollar Band will get to watch both pregame and halftime.

While many fans were confused by the halftime announcement of Kendrick Lamar performing, we want to make sure that you know that his performance is happening outside the stadium at another venue. It will not interfere with the band's performances in the stadium. Both will march pregame and halftime as you'd expect at the game.

This year ESPN has brought back their "Sounds of the Game" feed which will allow fans to watch the game as if they were there. No announcers, no overlayed music, just in stadium audio. This feed will also showcase pregame and halftime of both bands. It will be on the ESPN Classic channel which would be channel 614 on DIRECTV.
If you don't have ESPN Classic you can watch the feed online in the ESPN 3 platform.

Here's the information about this feed from ESPN's megacast press release:

"Fans can enjoy the natural sounds of Mercedes-Benz Stadium as if they were sitting inside. Fans will watch ESPN traditional game telecast, sans the commentators, and hear the complete pre-game on-field festivities, including band performances, the public address announcer and referee calls. The presentation’s audio will be amplified with dozens of microphones positioned throughout the stadium. Both school’s halftime band performances will also be featured."

Band fans are in for an SEC double feature as both bands are large powerhouse performance machines with tons of rich tradition. Their pregame and halftime shows absolutely will not disappoint so we encourage you to watch them, You may also be able to check out their performances on the skycam feed as well.

As you all know, ESPN could cancel these feeds any year so we greatly encourage you to watch these feeds so they know that there is demand for them. Make your voices heard that they need to continue to feature the bands by tuning in to these feeds!