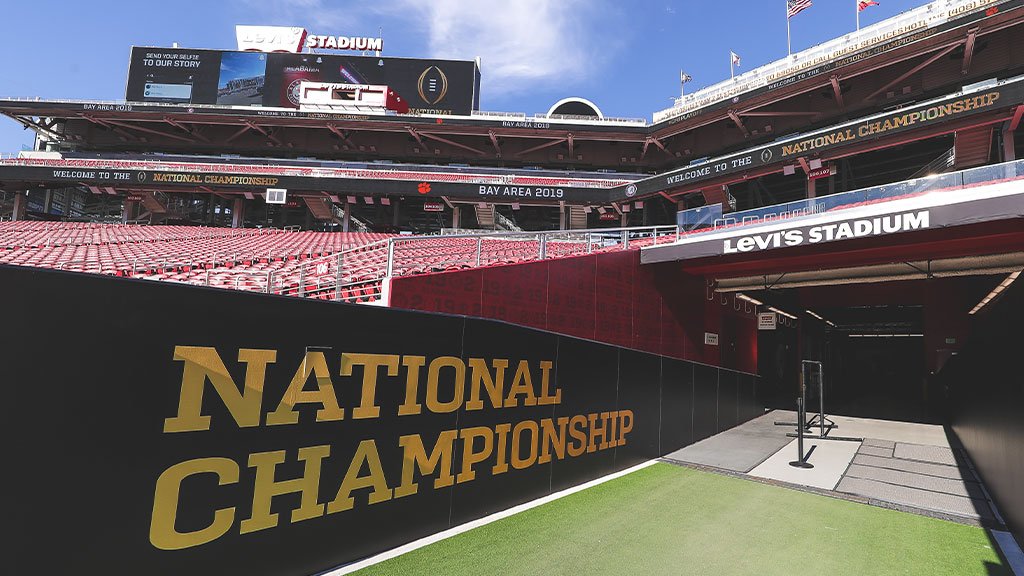 ESPN will once again feature both bands and you now have even more ways to watch.
We spoke with ESPN's Derek Volner, Manager, ESPN Communications for College Sports, to find out how college band fans can enjoy their favorite part of the big game; pregame and halftime.

This year ESPN will have three options for viewing the band performances.

SkyCam: This option will feature both pregame and halftime from an overhead camera that will fly around the field. They have had this option for the past few years and it has always been great, until this year during the Orange Bowl. The camera seemed lost during pregame and focused on the crowds instead of the bands. However, the Cotton Bowl SkyCam operator did a great job of showing both bands perfectly. You can watch the SkyCam feed online at espn.com in the megacast options or on your phone/tv through the ESPN app in the megacast options. This option will NOT be on a channel on your television. Let me repeat that. There is no TV channel that will have the SkyCam feed that you can watch. You will have to access it online or through the ESPN app in the megacast options. Fingers crossed the operator is the same one from the Cotton Bowl and not the Orange Bowl.

Sights and Sounds: Our favorite option is back for the National Championship game. You CAN watch on your television on the ESPN Classic channel both pregame and halftime of the bands. If you have DirecTV, it is channel 614 if it is part of your package. Check with your cable provider to see if it is part of your package. This option only gives you the in-game audio so you can even watch the game without any commentators and just hear the audio in the arena which is primarily the stands tunes of the bands. We highly recommend this option if you get the channel. If you don't get ESPN Classic then you must use one of the other options.

All-22: This is a brand new option for watching halftime only! We repeat, halftime ONLY! This is another megacast option available online or in the ESPN app. This feed is a locked down camera high above the field which will give you a birds eye view of the bands. It was great in the playoff games for halftime. It did not show any of the pregame shows for the bands in the Cotton Bowl or Orange Bowl so if you go to it for pregame and miss it don't blame us. We are warning you now that this should be relied on for halftime only. It is great for seeing all of the band formations from high up. The stage is set and fans should expect a great halftime performance from both bands. The Orange Bowl doesn't allow the bands to march at halftime so we know the Million Dollar Band is excited to get out there again to perform. Clemson wowed the country with their Greatest Showman performance at the Cotton Bowl. Will they bring it back one more time?

If you love to see behind the scenes band action make sure you are following us on instagram (@collegemarching). The Million Dollar Band has taken over our account and is giving you a two day look at their championship game experience in our story. Give us a follow and check it out!

Now you know where to go to watch pregame and halftime of these two great college marching bands so please tune in and share this! The better ratings are at halftime and pregame on these options the more likely ESPN will keep them coming. Tag us in your tweets (@collegemarching) while you watch and let us know which option you chose to watch the performances on!