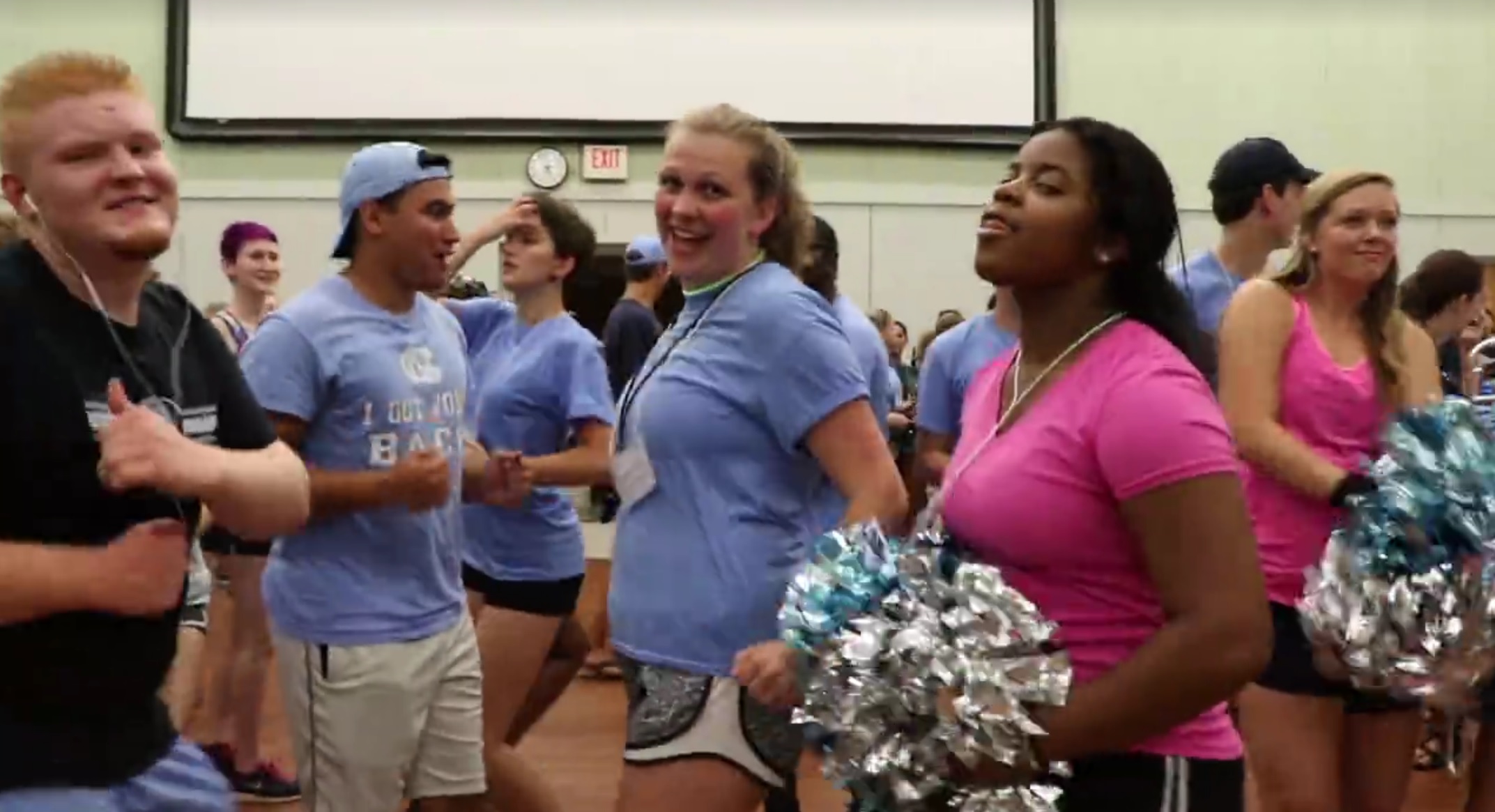 It took a while, but the popular Running Man Challenge has finally hit the band world and we love it.

The UNC Marching Tar Heels took the challenge yesterday and then challenged some fellow bands to do it as well. What a great way to break up the stress of band camp with a little fun. This reminds us a bit of the ice bucket challenge from a few summers ago.

The Challenge is simple: do a variation of the running man dance move to an old '90s hit song called "My Boo" by Ghost Town DJ's. It was made popular by two University of Maryland basketball players. They kept posting videos of the dance, and the scenarios in which they did it became stranger and stranger — they would do the dance out of nowhere, and even performed it in the middle of a busy street. All of it they posted on instagram and it went viral.

Many professional sports figures have taken the challenge especially throughout the NBA.

Well, now it's hit the band world and we can't wait to see who takes the challenge!