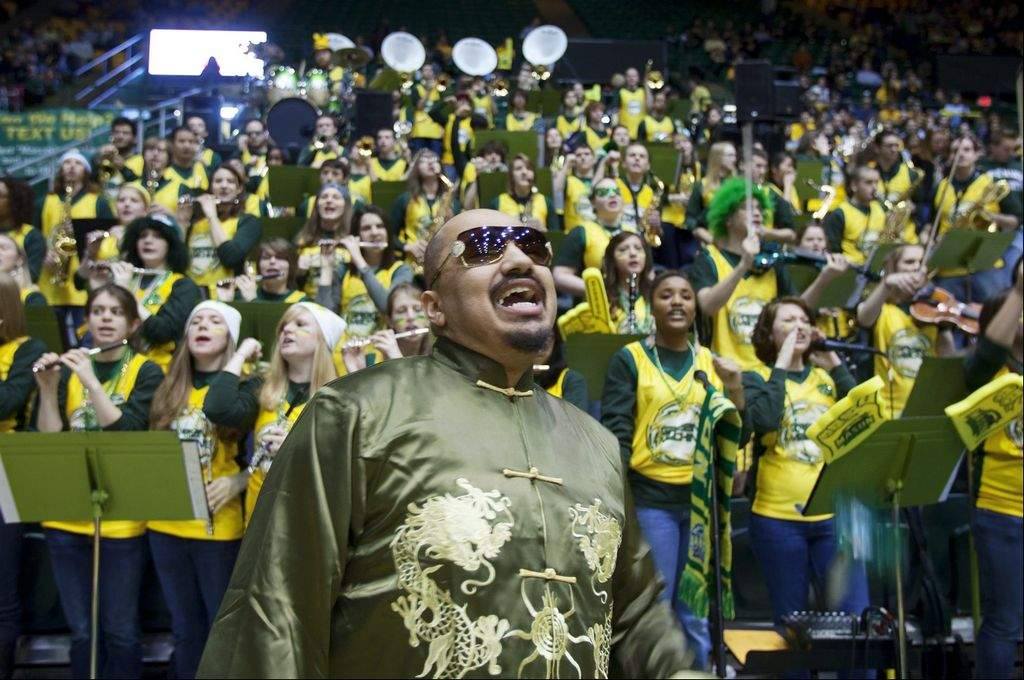 Recently we received an email from a self proclaimed "band hater".

In that email this individual told us that he would love nothing more than to do away with bands at football and basketball games because none provided any entertainment nor "play music that excites fans". So we sent him your mason madness video as a counter to his claims. We also secretly bought him a ticket to your recent Valentines Day game against Richmond because we figured he probably had no one in his life that would show him love that day since he was full of so much hate towards us all! (we were right he was single)

Here's what he wrote back to us after the game:

Well you were right. GMU band was really fun to see and while I live in the DC area I had no clue that they had a band like that. I think I may have to add GMU to my list of schools to support.
Their band director was really into the game and the band's performance was fun to watch.

While its going to take more to convince me that bands still belong at football games, I've bought into basketball bands.

We didn't tell you this was happening so that you'd just be yourselves and not treat him special if you knew he was there. This way he got to see you all for whom you truly are, great people and entertainers who love their school and basketball.

Thank you for all you do to help bring excitement to our art and for changing the perceptions that sports fans sometimes have about bands and their members. You've done us all a service.

We know you don't get as much attention as some of the bigger school bands, but you deserve it.

We hope you never stop being you.


Watch their Mason Madness performance here to see them in action: