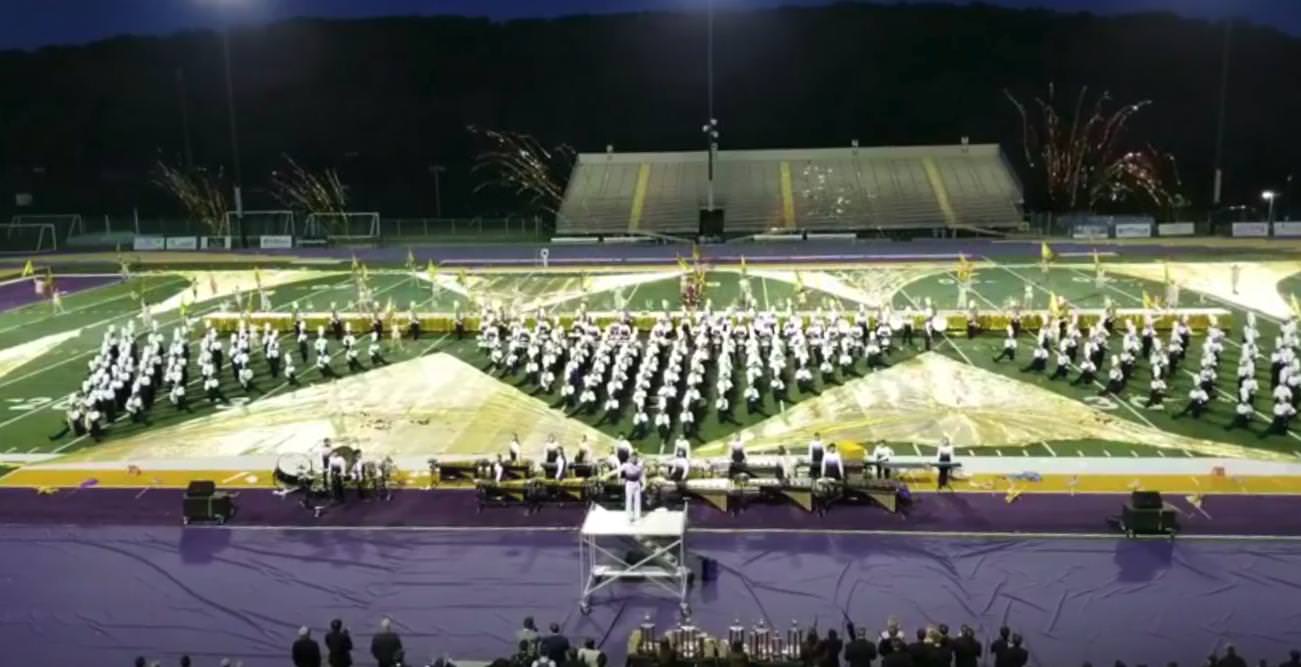 While most college football fans are watching traditional style halftime shows from the larger Division I FBS universities, smaller schools are pumping out power house corps style bands that will absolutely blow your mind. Some of these bands are huge, like Jacksonville State University. Some are much smaller, but what they are able to do on the field each weekend rivals any performance you'll see this season.

Two of those bands that always impress are on opposite sides of the country.

Just outside of Philadelphia in the town of West Chester, is the Incomparable Golden Ram Marching Band at West Chester University. These guys are the east coast's corps style kings. Their shows each year involve beautiful props and fantastic themes. We love their color guard and of course their big sound. Each year they attempt to transform the field in some way and this year is no exception.

The RCC (Riverside City College) Marching Tigers hail from Riverside, CA and they have some deep DCI ties that if you follow will take you right to the top of the drum corps world.
This school that you have probably never heard of before is a marching band lovers dream. Each year they make the west coast proud by blowing our minds. Known as "Hollywood's Band" this corps style band is no joke and is on our short list for a visit next season.

We know you're going to enjoy these fantastic bands even if you're more of a traditional marching band lover, meaning your band plays a new show each week, we can all appreciate a great show!