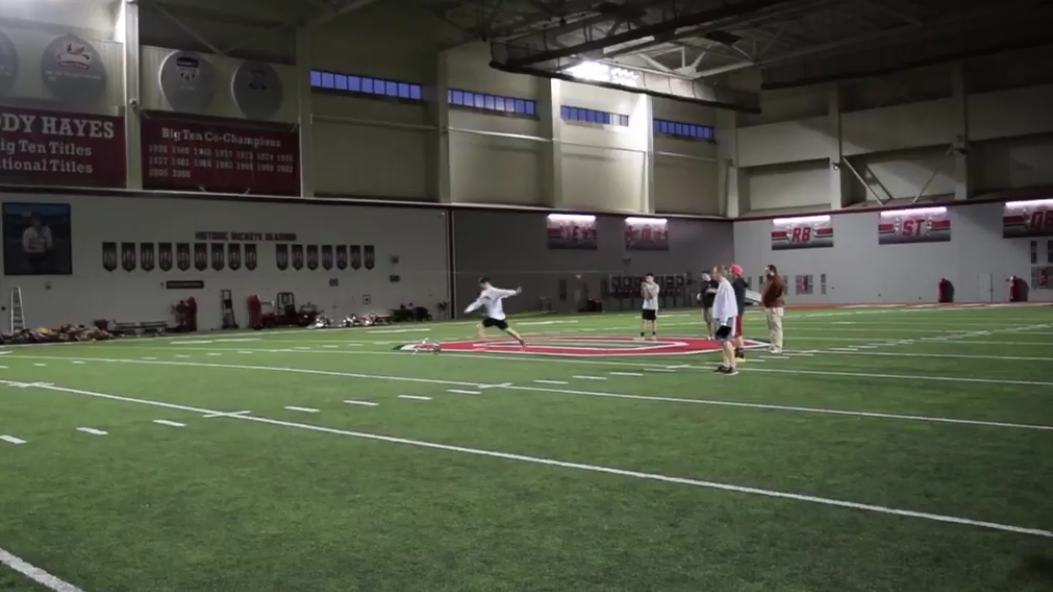 With bowl season in full bloom many band programs across the country are practicing in their football team's indoor facilities. This means band members get the chance to act out their favorite plays and moments from the season. Usually some touch football breaks out and someone tries to kick a filed goal and fails miserably.

A member of the trumpet section of the Ohio State Marching Band lined up in their practice facility to kick a 55 yarder and he not only made great contact on the ball, he freaking split the up rights! Don't believe us? See for yourself...

Here's the cool part. The team saw it and he now has an invitation to try out for the team. NO JOKE!

@TBDBITL @OSUCoachMeyer @OsuCoachCoombs @OhioStateFB not for Saturday but he definitely has a tryout invitation. Have him contact me

Do we have the greatest band/sports story brewing!?!

The band member is Austin Brizee. He is a member of the trumpet section and may soon become the most popular kid on campus. Brizee played soccer when he was younger and claims to have nailed a 60 yard field goal before as well.

Ohio State's current kicker, Tyler Durbin, was a walk-on. Who's to say that Brizee isn't next!?!