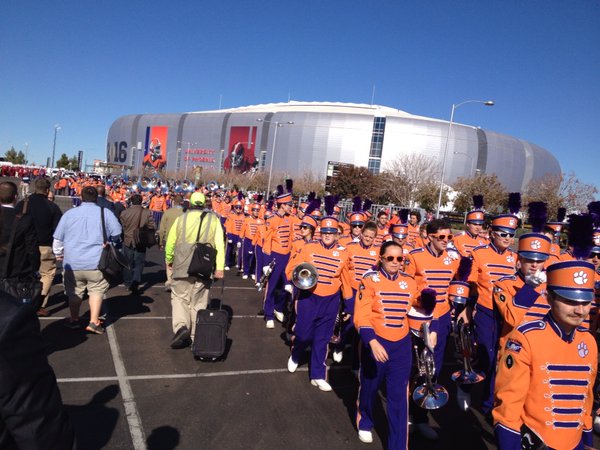 Watch as the Clemson Tiger Band and Alabama Million Dollar Band arrive at the stadium to begin today's festivities in Arizona.

Make sure to watch ESPN Classic or head online to ESPN 3 to watch both bands perform an uninterrupted pre game and full halftime show. It's going to be a great night for these two fantastic bands. Follow us on twitter @CollegeMarching throughout the entire game for fun commentary on the game from the band's perspective.