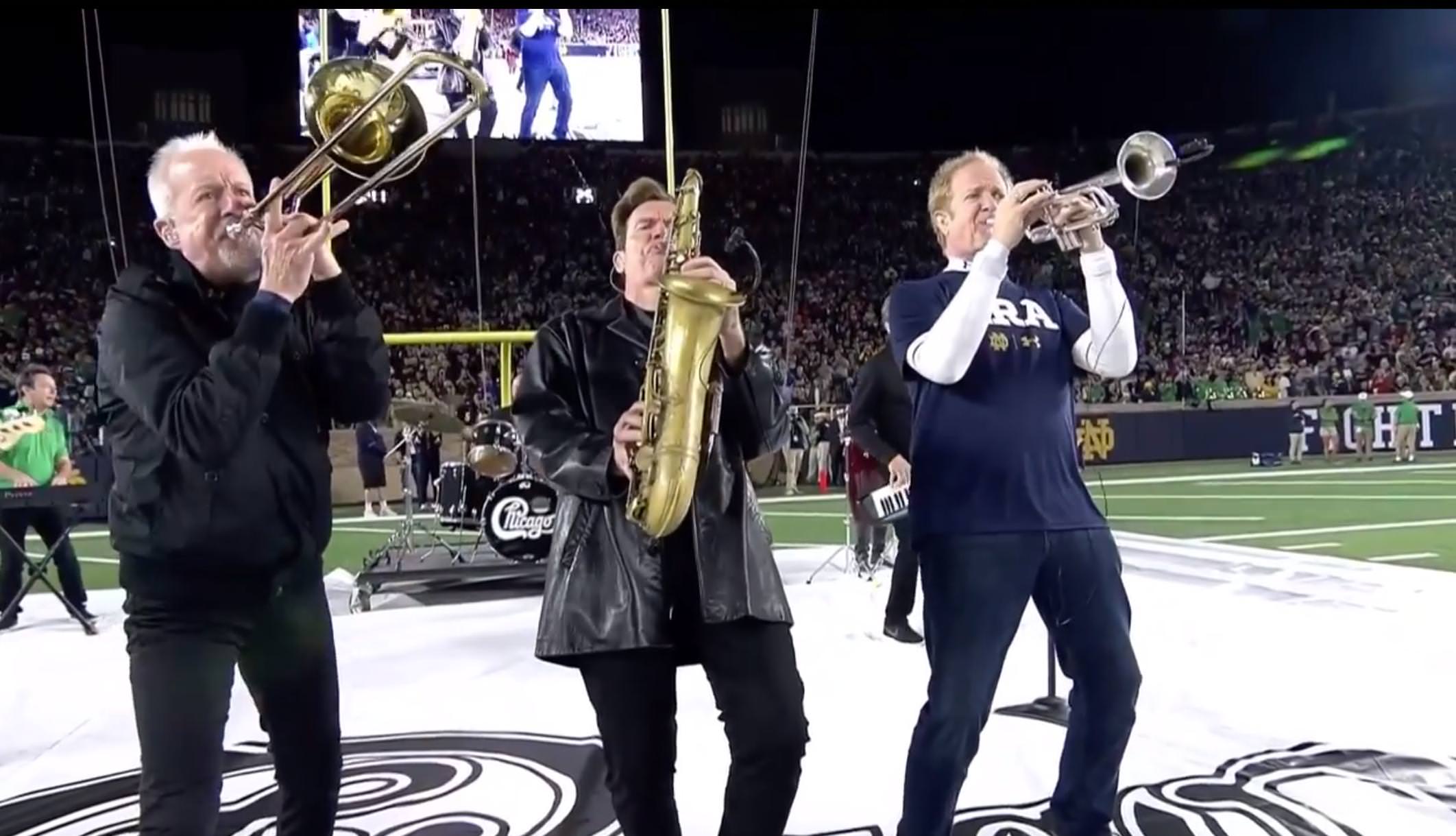 File this in your jealousy folder because you're about to be super freaking jealous of the Notre Dame Marching Band.

Notre Dame fans were treated not only to a big win over USC, but also an awesome halftime show that featured the band Chicago. Yes the band that your parents love and geek out over. That band. You know rock and roll legends. No big deal.

This isn't the first time Chicago has jammed with the Notre Dame Band which makes us even more jealous, but we'll get over it.

Watch as they jam with them before the game and then watch the full halftime show. Too. Freaking. Cool. They played their big hits including Saturday in the Park and 25 or 6 to 4. One of the things you'll see in the actual game performance is that they kept Chicago near the endzone versus putting them in the middle of the field. This allowed the Notre Dame Band to still march at halftime which made it even better.

Typically bands throw the performers into the middle of the field and it ruins their ability to march at all.
Then we get a relatively boring halftime show of 300 members just standing on the field the whole time.

Here is the full halftime show: