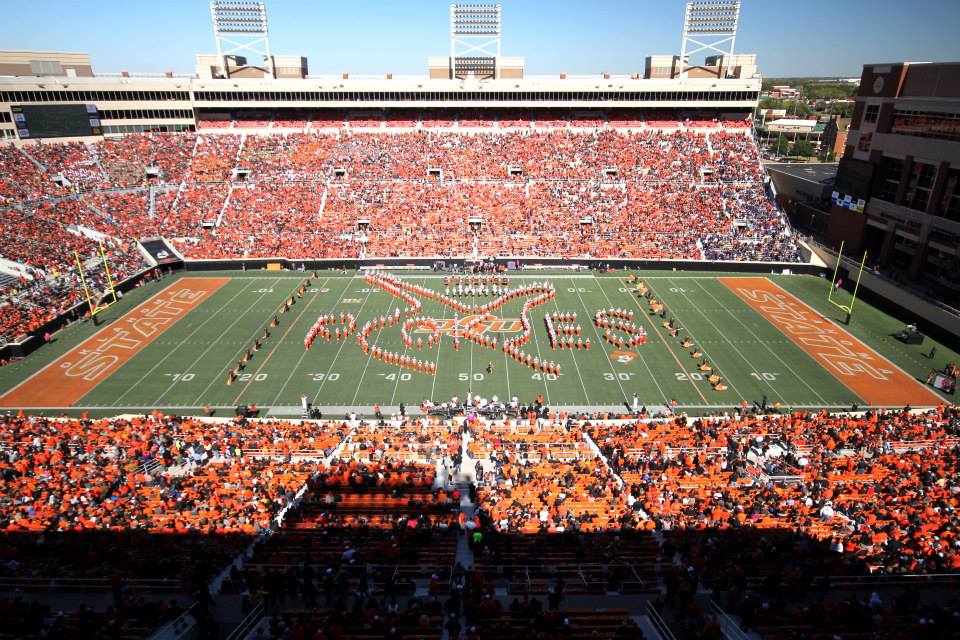 Cowboy Marching Band fans in Stillwater will be a little more comfortable this season, as Oklahoma State announced that they’ll be widening the seats from 11-16 inches to a full 20 inches. The overall capacity of the stadium will be lowered from 60,208 to 56,790 but band parents are rejoicing as they now don't have to sit on top of each other at games.

The average airline seat is 16-18 inches, so this is a much needed upgrade for OK State. With fans routinely choosing to stay home to watch games due to the comfort of couches and HD broadcasting, the university had to do something to address decreasing ticket sales and constant complaints.

This will actually impact the band as well as the band sits in the same sized seats as the fans. So now the band will have more room in their section too.
In the end the band may actually be the biggest winners here.

While less eyeballs will be on the Cowboy band at pregame and halftime, hopefully this means less people will leave their seats at halftime and watch them perform.