The last game of the 2019/20 season is upon us. LSU and Clemson will come in to the College Football Playoff Championship game both undefeated for what should be a heavy weight battle of superstar quarterbacks and hard hitting defenses, however even with all that fire power set to take the field, halftime with the LSU Golden Band from Tiger Land and the Band that Shakes the Southland, the Clemson Tiger Band, will be the moment that college football fans talk about for weeks after the game.

Okay fine maybe that's a bit aggressive, but what we know for sure is that both bands are ready to deliver a phenomenal show that will make the entire college marching band community proud.

We caught up with LSU's Interim Director of the Golden Band from Tiger Land, Dr. Kelvin Jones, to hear about their plans for their championship performance in their home state.

"We are doing an ‘I Love LA’ show, LA standing for Louisiana," said Jones.
"It will include music from Mel McDaniel’s Louisiana Saturday Night, When We’re Human from Disney’s Princess and the Frog (which is based in Louisiana), and ending with a spin on the school song ‘Tiger Rag’ which has its origins from Louisiana based musicians from New Orleans where the National Championship is being held at." 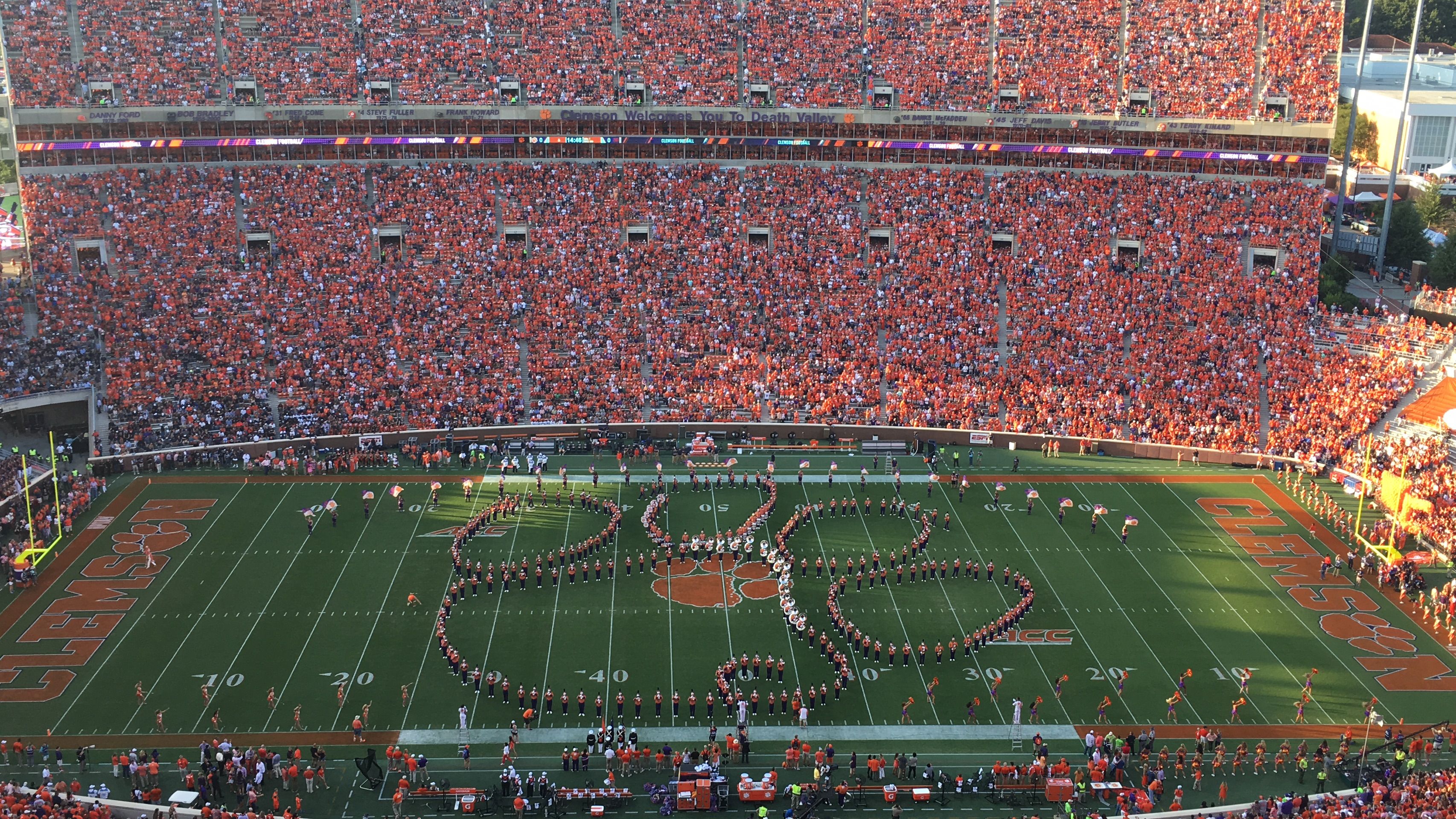 The Clemson Tiger Band returns to the National Championship for the 4th time in 5 years. Director of the Clemson Tiger Band, Mark Spede, told us that this year's halftime show is one that they have been perfecting for quite some time. It is titled "Farewell Yellow Brick Road: The Music of Elton John" and is set to feature Goodnight Yellow Brick Road, Saturday Night's Alright for Fighting, Crocodile Rock, Tiny Dancer and Rocket Man.

"This has been an amazing run for Clemson and Tiger Band," said Spede. "Our 5th-year seniors have only witnessed the team lose 4 times, and we have over 200 in the band who have yet to see a Clemson loss. These College Football Playoff postseason games are a special time on the biggest stage for a college marching band."

In the last five years the Tiger Band has traveled to Miami, Phoenix three times, Tampa Bay, New Orleans, Dallas, Santa Clara, and now head back to New Orleans for a second time. Plus they have been to the last five ACC Championship games (4 in Charlotte and 1 in Orlando).

Spede mentioned that band fans should keep an eye out for their rocket formation at the end of the show. For LSU this is their first trip to the National Championship game since 2011 and to do it in their home state should be quite the experience.

"We are incredibly excited to take part in this historic and one in a lifetime event in our home state and even more excited to partake in this with Mark and the Clemson Tiger Band," said Jones. "You can't go wrong when you have Tiger Band coming to town and the fans are fortunate to have two of them coming into the Superdome!"

One thing is for certain, fans of the game will certainly hear plenty of Tiger Rag playing throughout the arena.

As usual ESPN's megacast will give college band fans a chance to watch the pregame and halftime shows from some unique perspectives. We can't stress enough the importance of you all watching these feeds and tweeting @espnpr to tell them how much you appreciate the chance to watch the bands. We will be doing that on Monday and hope that you'll join us in that effort so they know how much we appreciate this opportunity to watch the bands...and how they should do more of it during the regular season. There are three options that we will recommend as part of ESPN's many camera angles:

1) On the ESPN App and all other megacast streams you can catch the All 22 feed. This is a camera angle directly above the field which shows the entire field at all times. This was one of our favorite ways to view the bands last year as you really get to see the formations super clean.

2) On ESPN Classic (DirecTV Channel 614 if it's part of your package) will once again have the "Sounds of the Game" feed. This is the most ideal way to watch the game in our opinion as there is no talking head and you get to hear all the audio from inside the stadium which includes pregame, halftime and the bands in the stands. ESPN markets this option as the best way to catch the bands. Unfortunately not everyone gets ESPN Classic in their tv package so make sure you check ahead of time to see if you get it.

3) On the ESPN App and all other megacast streams you can catch the Skycast feed. This feed is a constant moving camera shot that roams the field and stadium. On some broadcasts the skycast has been great for the bands and has shown the full pregame and halftime shows. Other times it has been awful and the skycast feed has just shown the fans in the stands during pregame and halftime. It's very unpredictable and we definitely recommend the other two options over this one, but if it's all you have access to then you might get lucky and see the bands. Fingers crossed.

It has been another incredible year on and off the field for the college band community and we here at CollegeMarching want to say thank you again for joining us all season long. We hope you all have enjoy this last game and get to watch these two great bands perform one final time.

Follow us @CollegeMarching on twitter throughout the big game as we chat football and band one final time until next fall.