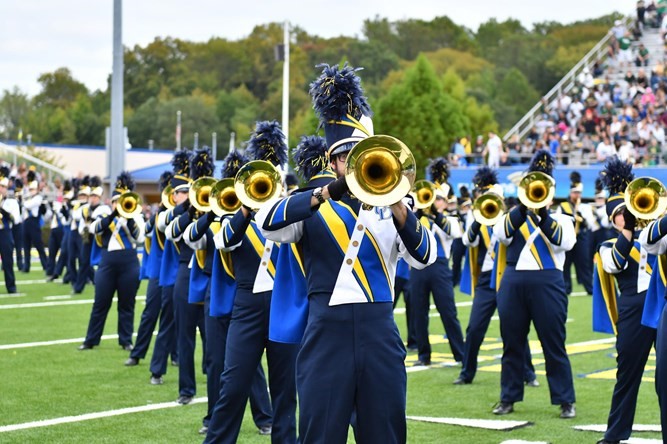 The Colonial Athletic Association a conference in the FCS bowl subdivision, which houses football powerhouse James Madison, has announced that the 2020 season will be cancelled along with all other fall sports due to concerns around the coronavirus.

"I commend the Board of Director for their forward thinking and open-mindedness when dealing with the uncertain and complex moment that we find ourselves in," CCA commissioner Joe D'Antonio said in a statement.
"Each of our institutions is making the best decisions for its campus community, based on a totality of the circumstances analysis." The conference is going to allow schools to pursue a football season as an independent which James Madison is sure to attempt having gone to the FCS National Championship last year. James Madison is also home to one of the largest collegiate bands in the country with over 500 members performing each season in the Marching Royal Dukes.

For the bands the questions now is how to keep the students engaged throughout the fall semester especially freshmen. Band Directors have come together under the Collegiate Band Directors National Association (CBDNA) to brainstorm ways to accomplish that task.

The 2020 season is still a little over a month away from starting and now four FCS conferences have cancelled their seasons.