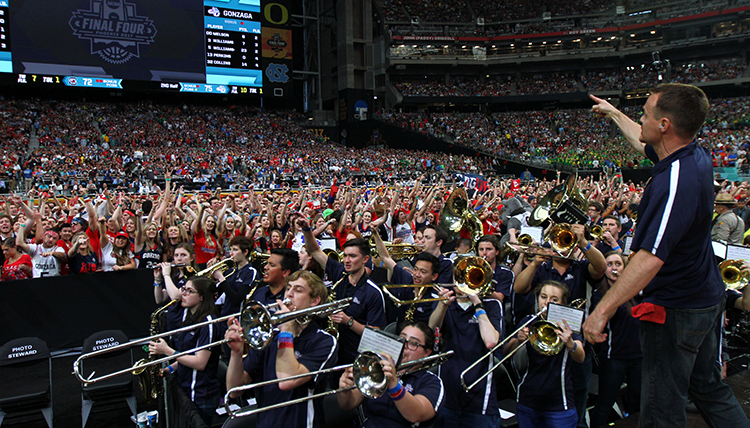 The NCAA officially released a statement today that they will restrict attendance at all sites for the men's and women's basketball tournament starting next week.

"I have made the decision to conduct our upcoming championships events with only essential staff and limited family attendance."

"While I understand how disappointing this is for all fans of our sports, my decision is based on the current understanding of how COVID-19 is progressing in the United States."

As of the publishing of this article the United States has over 1100 cases and 32 deaths of COVID-19.

Earlier Wednesday, the World Health Organization (WHO), declared that the outbreak spreading around the globe could now be characterized as a pandemic.

It is anticipated that all pep bands will be asked to remain at home effectively ending their seasons after the conference tournaments which many pep bands are at currently.

March Madness is one of the most watched events throughout the year. In 2019 it averaged a 6.7 rating through the tournament. The Final Four typically averages 16-17 million viewers per game with the Championship game averaging 23 million each year. Those championship games are held in massive professional football stadiums that can hold 70,000+ attendees.

Now they will hold less then a couple hundred.

This is a developing story. We will update this as more information becomes available.