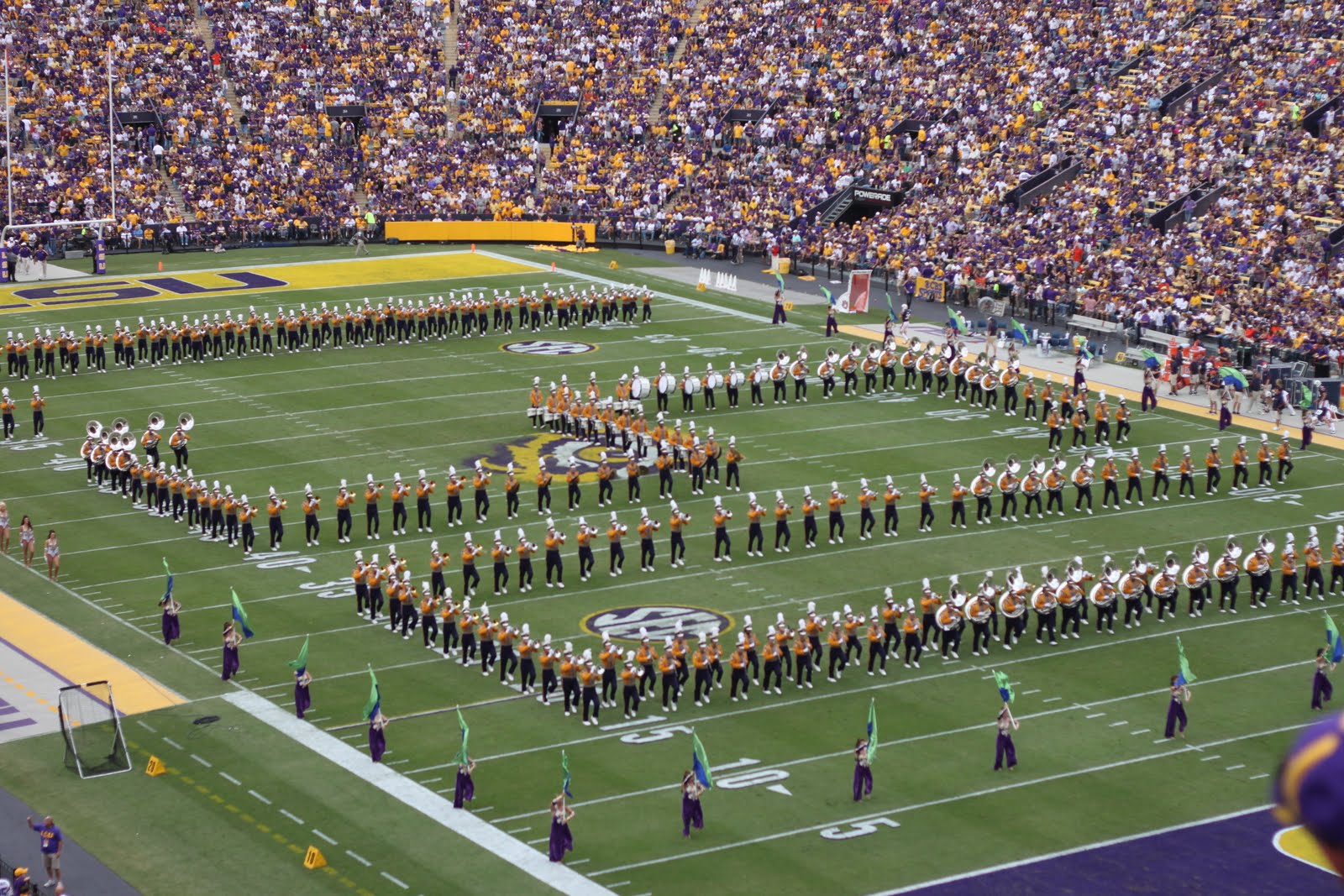 WHAT IS HAPPENING AT LSU!?!

The LSU Athletic office today announced a new policy banning visiting bands from performing at halftime of LSU home games. The university cited "safety concerns" as the main factor saying that with the large amount of people on the sidelines during games they can't add an opponent's band to the field.

Earlier this year LSU fired their Band Director Roy King as well. Many alumni feel it was a witch hunt against him in what appeared to be a power grab by other folks in the university. What appeared to be one of the best places for college football games and marching bands is coming crashing down quickly.

A big loss here is really for the LSU fans who were going to have the chance to see the Jacksonville State University Marching Southerners this year. Now JSU will save their money and stay home. This is really unfortunate.