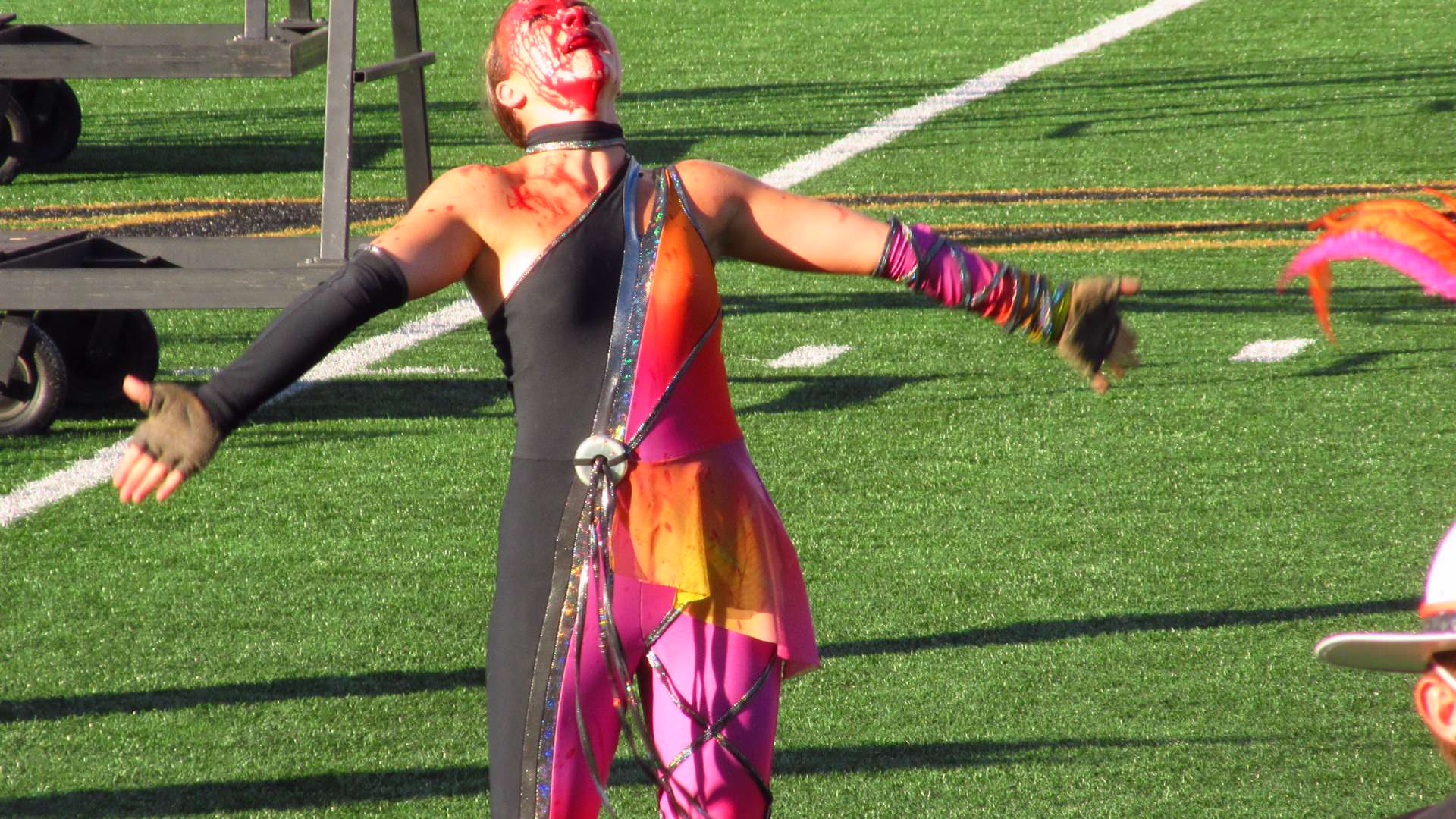 Last night in Winston Salem, NC the DCI tour stopped for what is called the Nightbeat. Many of the major drum corps come together and perform in one of the best venues on the tour.

During the performance of the Crossmen a member of the guard obtained a pretty serious head injury that sent blood pouring down her face throughout the performance. It appeared that she mishandled her rifle which caused her to have to pick it up off the field. Unknown to her a bass drum came through her line and smacked her in the head. Fans took notice and were worried about her all night.

Shoutout to the Crossmen guard member who powered through the show mid- injury, you're tough as nails, girl

Photographer Mark Marcus was there and took some incredible photos of the member charging through her performance. This may be one of the most bad ass things we have ever seen during a marching performance of any kind. Her dedication to her corps was tremendous. Honestly, if that happened to me I would have needed a stretcher to carry me off the field. Sending her good vibes for an injury free final two weeks.