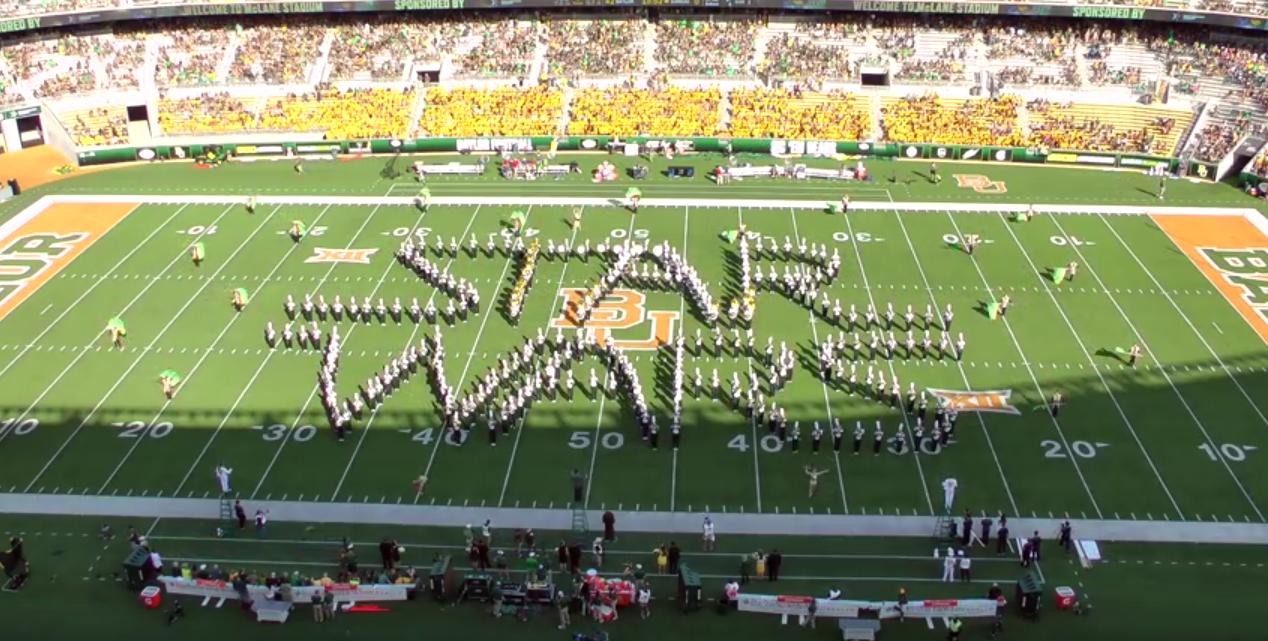 The Baylor Golden Wave Band was back in action with heavy hearts after suffering the loss of trumpeter David Grotberg who was killed in a hit and run accident on his bike last week.

The band received incredible support from the band community across the country and they dedicated this show to David and his family. The band wore black, green and yellow ribbons on their uniforms. The University of Houston band and Alabama Million Dollar band also wore similar ribbons at their games to remember David.

The Golden Wave band brought David's family out onto the field and held a moment of silence in the stadium in his honor. They then gave his family his uniform framed.

#Baylor honored David Grotberg, the band member who passed away 2 wks ago, by framing his uniform and presenting it to his family. pic.twitter.com/7bIGL0Qde0

The greatest way to honor David though was by marching an incredible halftime show. They did just that. The band had planned all year to do a big Star Wars show that included a video and picture formations of everyone's favorite characters from the old and new movies. It really is one of the best Star Wars halftime shows we've ever seen.