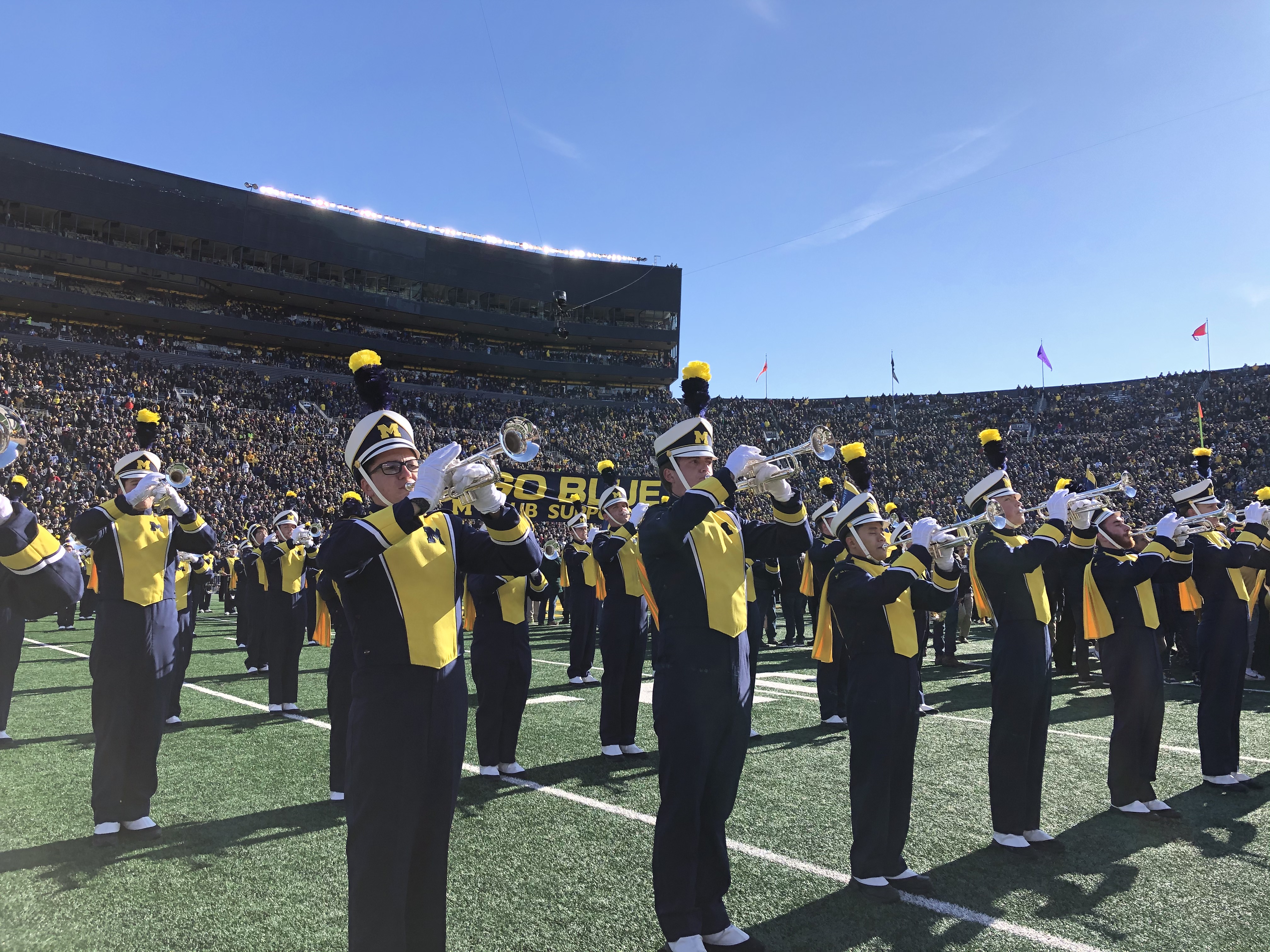 According to multiple sources the Big Ten Conference has canceled all non-conference football games for the 2020 season. The league will officially announce these changes in the next few days and will look to release a 9 or 10 game slate for each school in the next week or so.

The recent spike of Covid-19 cases around the country forced the Conference to rethink it's plan especially after players at multiple institutions tested positive even forcing Ohio State to suspend voluntary workouts.

Coaches and Athletic Directors were hoping to play a normal season but with reduced attendance. This decision by the Conference will send ripple effects across the country as now many other programs will have a hole in their schedule.

This news is not what B1G band fans wanted to hear either. While no official announcement has been made on whether bands will march or not it is clear that they will perform at less games. Typically the non-conference schedule is filled with home games that B1G bands can march at.
Also some large non-conference games like Penn State vs Virginia Tech, Ohio State vs Oregon and Washington vs Wisconsin will not happen taking away potential opportunities for bands to travel to like in years past. Although most bands were not planning to travel anyway due to concerns about the virus.

The next big thing to watch for is fan attendance for B1G games. While many fans have hoped to attend games this fall, up to this point no word has been made on the number of fans that would be allowed at games, but most ADs have mentioned "reduced capacity". Now there is a very real possibility that fan attendance will be severely reduced which could take bands out of the stands too. Hopefully that will not happen.

On top of football the conference also canceled non-conference games for this fall for all other sports which impacts pep band performances too for sports like volleyball, basketball, soccer and more.