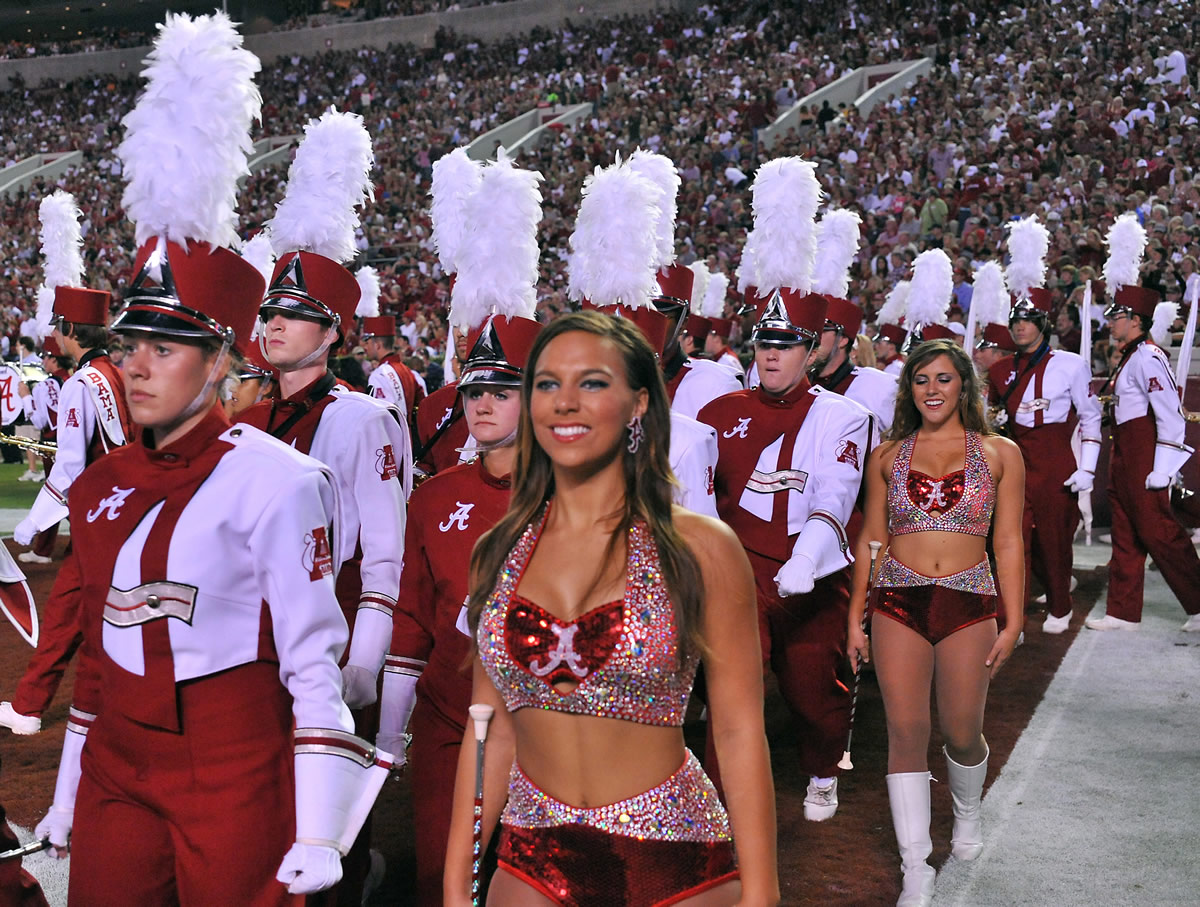 The University of Alabama Million Dollar Marching Band opened their season on Saturday against the Florida State Marching Chiefs in style. They debuted their new uniforms to the world!

The new design is a refresh of their previous uniforms. The differences between the new uniforms and old uniforms are pretty substantial. The general concept is still the same, but pretty much the entire uniform has been updated.

Here are some photos of the new uniforms shared by the university.
To see the full collection of photos click here.