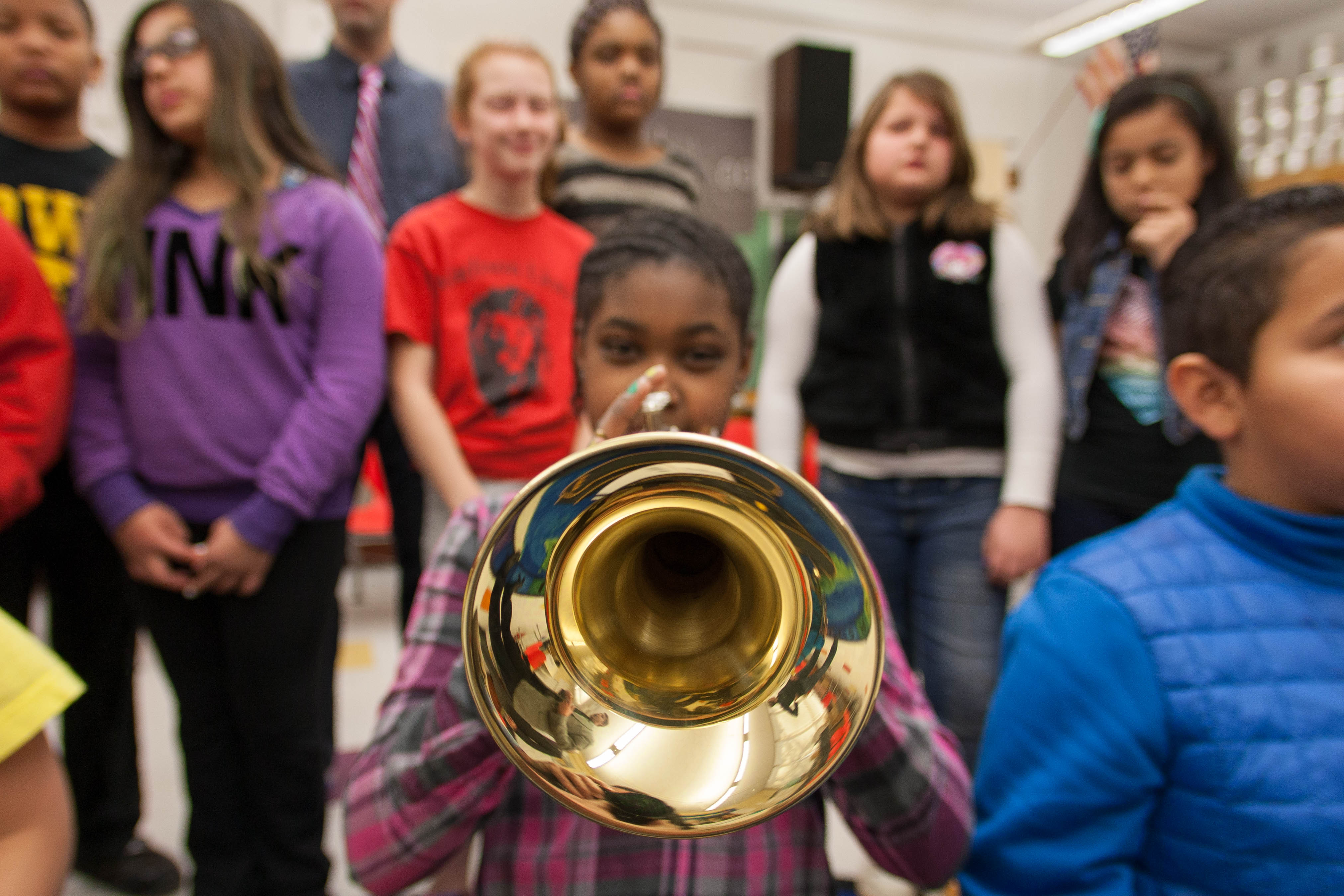 A Special Thanks to the Band Parent

Wow. What an adventure it has been. I still remember the first time you made me sit down at the piano with a stranger and tried to force me to learn music. It didn't go over that well and now many years later I actually still can't play the piano. It wasn't your fault. Actually, let's just blame my lack of interest on the old weird piano teacher you chose to teach me whom smelled like moth balls and Jack Daniels. God she was scary. You tried. That's all that mattered.

Fast forward four years and I was brainwashed by my 5th grade music teacher to join band. Chorus was an option, but lets be real here, singing was never in the cards for me and thank goodness because that career path has less options than a harpist in a jazz band. When I came home that first day with the "band handout" in my hot wheels folder you read it aloud and looked at me wondering  more about how much this would cost you than if I really wanted to do it. Truth is I was only going to do it because Brian Marwin said he wanted to do it.
So, if at that moment you had said no way, we would have saved our ear drums a lot of pain and suffering those first few years. But you didn't ask how much it was...

You asked me what instrument I wanted to play and that was the greatest moment of my life.

It was in that moment that you gave me the ability to self identify with something that would become an extension of myself for the foreseeable future. You gave me life. You gave me the chance to annoy the crap out of my brother and sister in the most amazing way possible (a way that I could never get in trouble for). You gave me music.

When I first started playing trumpet it was rough. There's no skirting around that one. You could see my frustration and disappointment in how I sounded. However, you always said I sounded great and then encouraged me to try again. I couldn't tell if you were a glutton for punishment or maybe just tone deaf and really couldn't tell that I was pretty bad.

Soon I would reward you for your support by asking to switch instruments. You stood strong though and gave me the old, "well you'd have to go back to 5th grade band if you want to start a new instrument" response. Go back to 5th grade band? Were you nuts!?! Clearly I didn't know that that was standard protocol in the band parent manual. It worked. I stuck with trumpet.

Then the light bulb went off. 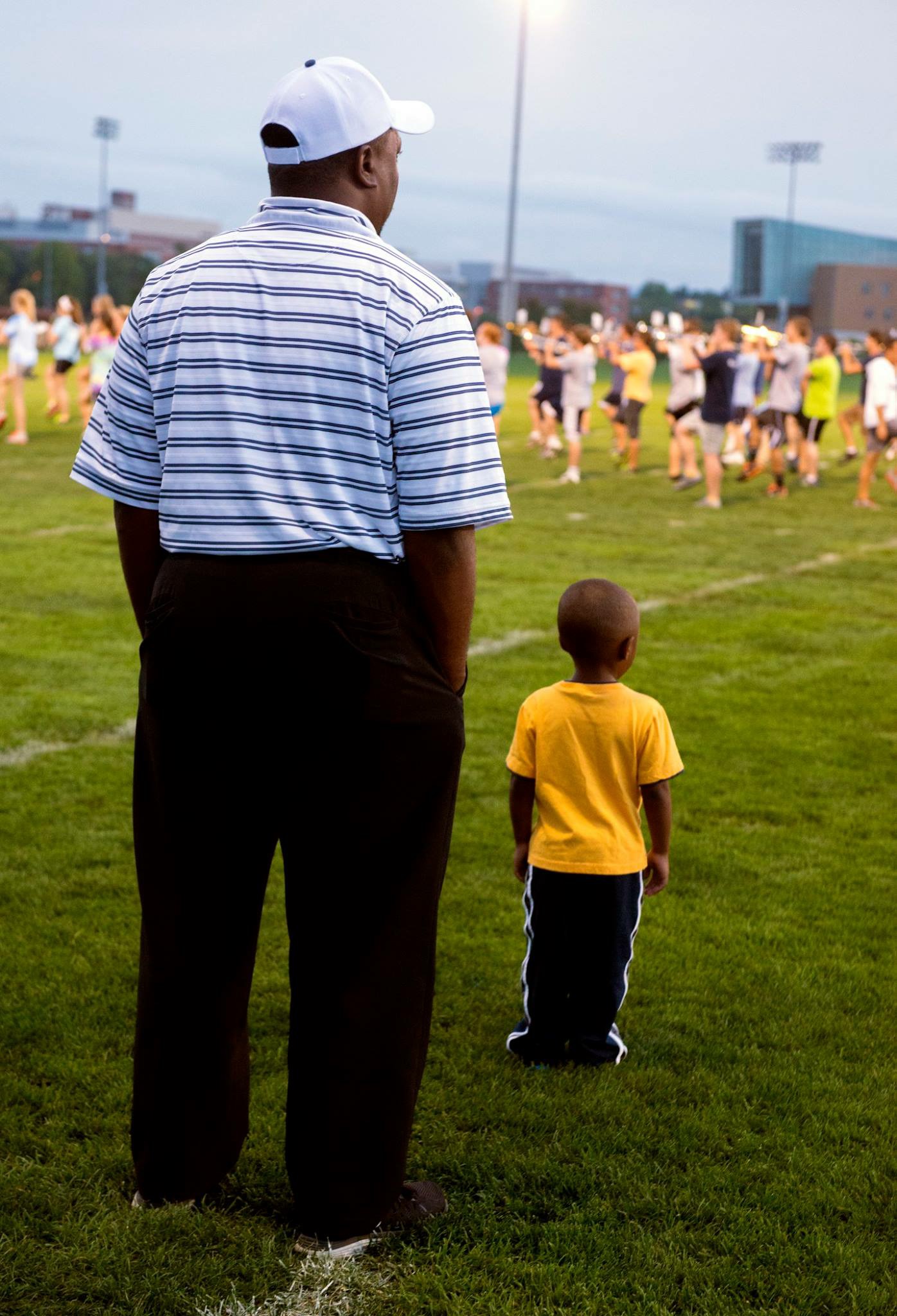 Maybe it was "The Impression that I get" or the "James Bond Theme", but something happened in 7th grade when all of a sudden all I wanted was to live and breathe band. It was a miracle in your mind and a life changing moment in mine. Band became who I was and what I looked forward to daily. It was where my friends were and the teachers that inspired me. It was the activity that got me the most excited and was the one I knew I wanted to devote countless hours to. Then you chaperoned one of our band trips and told some really embarrassing stories about me to the loudest section in band, the trombone section, but we won't talk about that.

Once we made it to high school, you came down with it. It was one of the worst cases I had ever seen. You had CBPS, Crazed Band Parent Syndrome. Face painting, ridiculously loud yelling of my name at band festivals when it was really quiet and even buying a senior day game banner stating how proud you were of me at the final home game on the fence around the track. I knew you couldn't help yourself. You even cried as I marched my final halftime show. Gosh you were unbearable at times. The problem was I didn't realize how much my happiness meant to you. 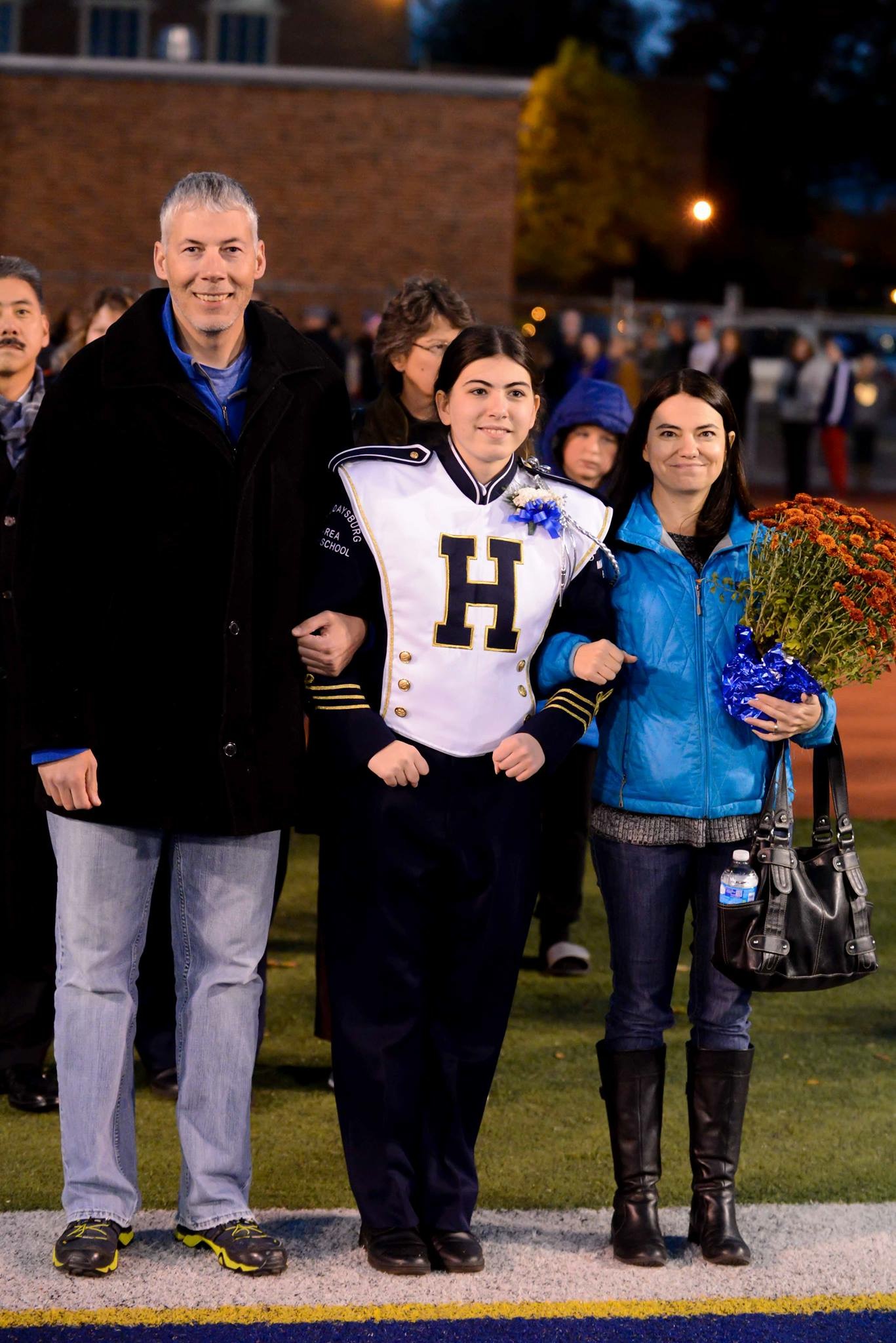 College came around quick after senior year and it was mid-August when I said goodbye. I was on campus two weeks early to audition for the marching band and we had just moved me into the dorm. The next day was the first round of auditions and for the first time you wouldn't be there with me to ask me how I did or to console me if it didn't go well. I was on my own. No more face painting. No more yelling. Just quiet. It hit me hard.

I missed you and who you became...for me.

It was on that field the next day and in front of the Directors at my audition that I realized I was no longer playing for just myself or my friends, I was playing for you.

Making my college's marching band was the biggest achievement in my life. I could never have anticipated what lay ahead of me during those four years. Unfortunately, most of those things I would do without you in the stands there to yell my name. It killed you inside, but you never showed it.

I saw it when you came for homecoming and when I surprised you at home.

So that's why I'm writing this. I'm writing this for you. For you to know that every time you got mad at me for emptying my spit valve on the carpet or putting ice on a sprained ankle from band camp and yes even those times you embarrassed the heck out of me, it was all worth it. Every second I got to spend with you sharing the triumphs and heart aches of band was worth it. You sacrificed so much for my happiness and for me to have the opportunities I did. I traveled the country. Met people from across the world. Made incredible music with my friends and strangers. Represented my town and family as I moved up the ranks, but most importantly you made me proud to have you as my band parent.


Photo of Greg and Duece Drane by Annmarie Mountz