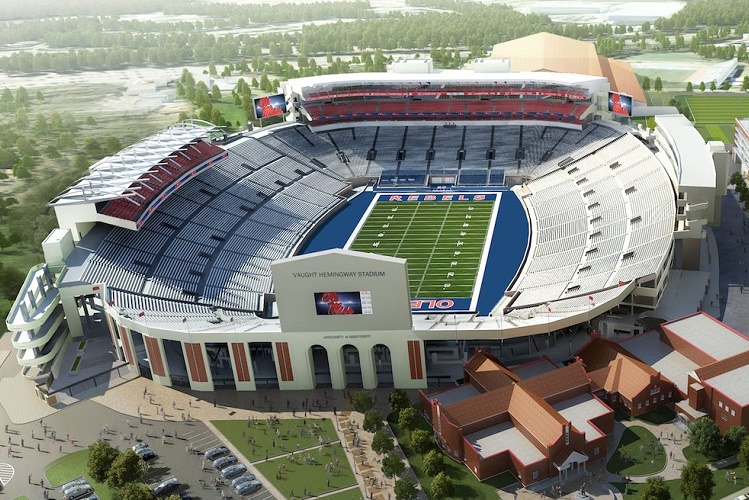 A Look at the Ole Miss Stadium Updates Stadiums across the country are going through massive facelifts ahead of the upcoming college football season. One in particular that is getting extensive work done to it is Vaught-Hemingway Stadium at Ole Miss. The renovations include a new field for the band to march on, new sections of stands to increase the stadium capacity, a new jumbo video screen to see the band's performance in HD as well as special features in and around the stadium.

It is great to see a university invest so much into a stadium built for a great college band. The fans are going to love watching the Pride of the South this season..

...and the team too of course.

Here's a look at the updates:

Welcome to the future of @OleMissFB! Hotty Toddy! #WAOM pic.twitter.com/07Bv4b4Y88

And maybe just maybe the band will get to use one of these 2 new practice fields for rehearsals: