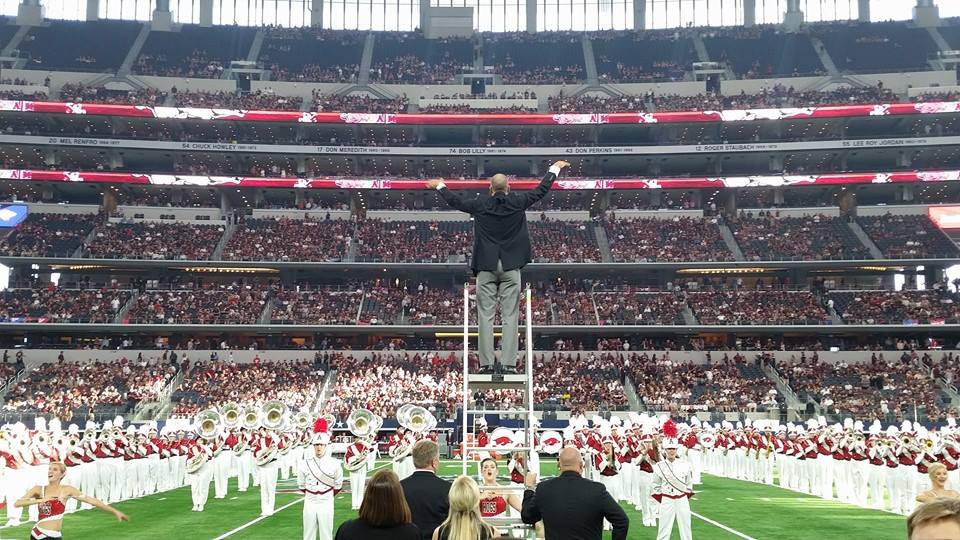 8 Bands to be Featured at National Conference The College Band Directors National Association (CBDNA) has selected 8 collegiate marching band programs that they will feature at their National Conference March 16-18 in Kansas City, Mo.

Barry Houser, Director of the Marching Illini told CollegeMarching.com that "it is an absolute honor that our students in the Marching Illini are being recognized along with 7 additional collegiate marching bands for their performance excellence by CBDNA."


One of those other bands is the Fresno State Bulldog Marching Band which is one of the most exciting band programs in the country that has to do more with less.

“We are honored to be named among these prestigious collegiate band programs, most of which are much larger institutions and are working with tremendous resources,” said Steve McKeithen, director of athletic bands at Fresno State. “This is a wonderful recognition for us and we are excited to not only get better, but to grow and become the definitive college band experience on the West Coast!”

"Being selected to present at CBDNA along side some of the best marching bands in the country is a big honor for us," Said Dr. Ben Lorenzo Director of the Arkansas Razorback Marching Band. "We are excited to share the dedicated work of our students and staff at the conference."

This summer the CBDNA Athletic Bands conference will take place at the University of Massachusetts-Amherst where college marching band directors will once again convene to share tips and tricks about the trade.