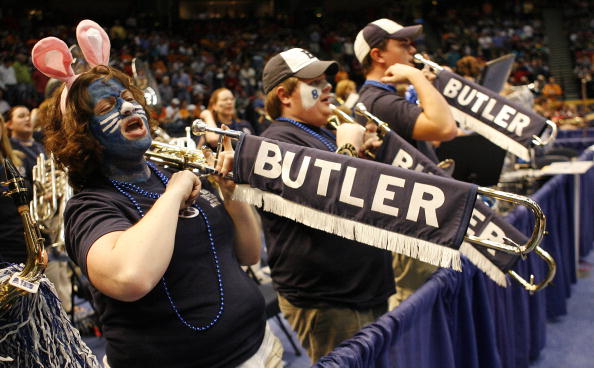 We are deep into basketball season and while their is still no clear #1 basketball team as upsets have ruled the hard court, it is clear that the real kings of basketball games are the pep bands! Every year we see bands push the boundaries of innovation and intensity that they bring to games and every year we are impressed. Legends are born in pep bands, nick names get solidified and unique traditions are passed from generation to generation. This year we are seeing more bands play at halftime and even march on the court! It's only a matter of time before complex halftime shows are designed for the hard court on a week to week basis.

Attendance: There are student sections and then there's the pep band section. At some games the band IS the student section. You will never go to a basketball game where the band only sorta shows up. They will be there rain or shine, hot or cold. Our students sit through the biggest wins and worst losses.
Don't forget, pep band students WON'T LEAVE! No matter the score we stay until the bitter end supporting our teams.

Energy: From face painting to spirited cheers, pep bands are the heart and soul of most student sections. There are certain schools like Duke for example that have a culture of student involvement that the band is a part of, but doesn't lead. However, at most schools it is the band that is in control. Take for example the VCU Athletic Band. In the past they have lead the student section in the Maori war chant, the Haka, to get everyone fired up:

The Legends: Pep bands are at games to entertain and we all know the standard stands tunes that really get the crowd going, but it is the moments in between songs where pep band legends are born. The king of all pep band legends is Doc Nix at George Mason. Many Directors have tried to equal his passion and hype in the stands, but most never come close. Why is he a legend? Because his passion radiates through the arena during games and he involves everyone. Earlier this year we saw an electric harp playing in his pep band! On the student side, some have become national heroes while doing their part to help put a school on the map. For example, remember the University of North Florida member that took "Turn Down for What" to a whole new level and also took the pep band and school right along with him:

Passion: While some think of pep band members as just being there for a credit or as requirement to be in marching band, that couldn't be further from the truth. College pep band mem 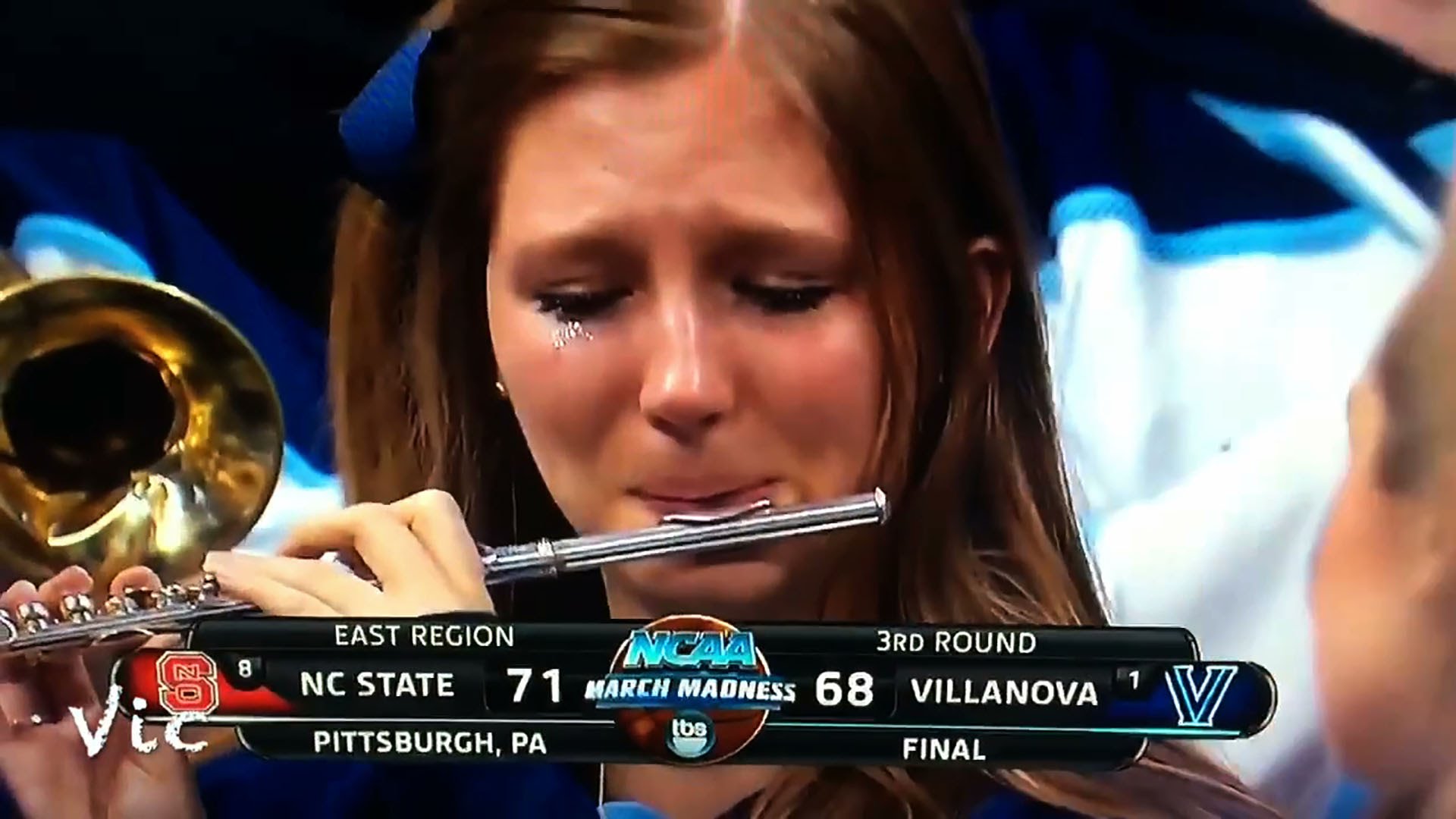 bers live and die by the success of their school's teams in all sports. They are some of the most die hard fans in the university. This was evident with Roxanne Chalifoux from the Villanova band who was captured crying as she played piccolo after Villanova lost in the NCAA tournament. We care...a lot.

Family: When it comes to pep bands, one thing is for certain, we are one big family. A few years ago Conference USA couldn't get all the pep bands to the conference tournament so the UAB bands grabbed t-shirts of each school and sat in for the ones that couldn't attend. The UAB Bands played stands tunes and cheered for the school that they were playing on behalf of throughout the tournament weekend. The players themselves were incredibly appreciative of their support and thanked them after the games. It was a great testament to the band family and how incredible band students are. They put aside their rivalries and recognized the right thing to do.

The next time you go to a basketball don't forget to show the pep band some love too. Those kids work really hard to make your game experience a lot of fun even when the basketball team might make you want to pull your hair out!