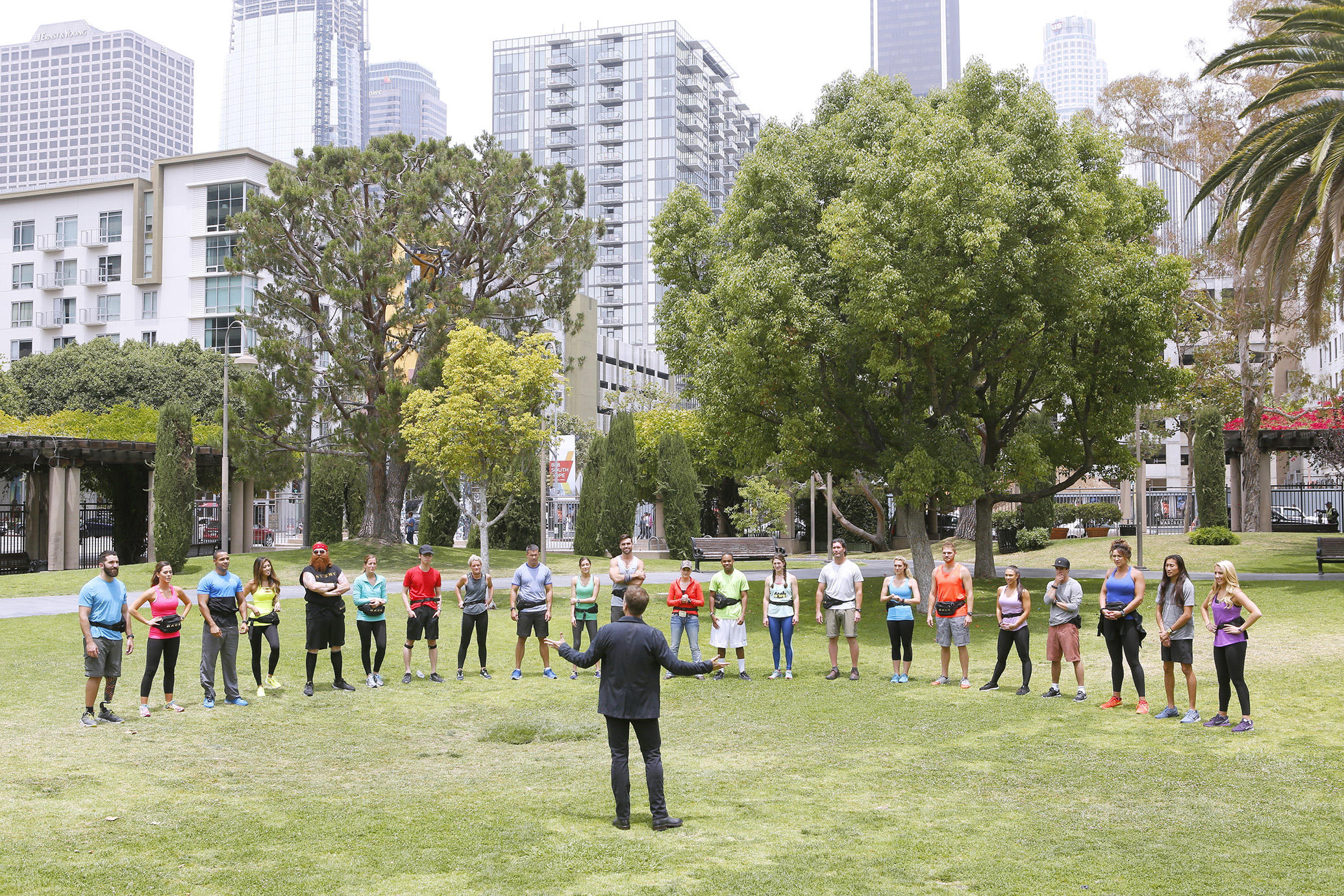 Last week we told you to tune in to the CBS show "The Amazing Race" as a member of our band family, Floyd Pierce, would be a cast member this year. Pierce is a senior at the University of Colorado Boulder and was the Drum Major of the Golden Buffalo Marching Band. He is a double major in applied math and economics from Highlands Ranch, Colorado and we caught up with him to get the inside scoop on his experience on the show.

1) How did all of this happen? How did you get on the show? Were you a fan your whole life? Who are you racing with?

Floyd: I've wanted to be on the show since the fifth grade. The minimum age was 21, so in December of 2015, I submitted an application with a friend because I wanted to get on. I was 20 at that time, but would be 21 by the start of the next race. The following March, I got a call from a casting director saying that I was moving on in the casting process, but alone and not with my partner. That's when I found out I was going to be paired with a complete stranger.
At the end of March I was flown out to LA for a week of casting finals (this was during classes) and a few weeks after that, I found out I was on the show. I trained for the next 5 or so weeks, and then I flew out to start my adventure!  At that time I didn't know who I was racing with, but I was excited that I got to race with Becca Droz, a Boulder rock climbing instructor. 2) How did it impact school? How did your family react to the news?

Floyd: I'd be lying if I said this didn't impact classes a little. It was hard to focus before and after the race, and it was crazy because I was allowed to tell absolutely no one (except for family and a few teachers). I was sitting on this secret for over a year, and I finally got to announce it only a few weeks ago.  My family was enthusiastic, my mom was a little nervous because she knows they can do some very dangerous and intense things on the show!

3) How did the band/school react when they heard you'd be doing this?

Floyd: My band was incredibly enthusiastic and supportive. It was awesome because a lot of them knew this was my dream, and since I consider them my family, it meant a lot to share this news with them. I really care about making them proud and representing the Golden Buffalo Marching Band to the nation. I can say for sure that the other drum majors of my band are just as enthusiastic and crazy as I am, so any incoming college band members should seriously consider doing band at CU.

4) Is there a watch party planned for each week?

5) Was it hard keeping it a secret form everyone? How did you get away with it?

Floyd: Keeping this a secret for so long was incredibly hard. People who know me well know this is my dream, so it was difficult to not tell people that my dream came true. I tried to focus on school to distract myself. It was easy to not think about it during marching band season, especially since our football team had a stellar year that took us to our first bowl game in nearly a decade.

You can catch Floyd on the show tonight at 10pm EST on CBS.