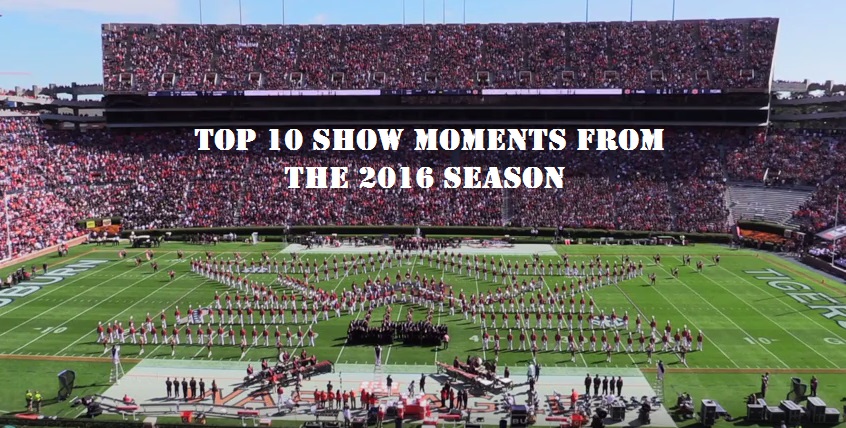 The 2017 season is quickly approaching and today we're taking a look at 10 of our favorite moments from halftime/pregame performances of the 2016 season that wowed us on the field. These moments stood out to us as major highlights from last year and they have us drooling in anticipation for what bands will bring us this season. Come back tomorrow for #7, #6, #5 and #4.

10) The end of September saw a number of monster halftime shows that featured the music from Broadway. The Michigan Marching Band teamed up with their School of Musical Theater for a special production of Broadway highlights that brought down the "Big" house. Watch the full performance HERE

Where will this performance fall in our top 10 moments from 2016? The countdown starts tomorrow. #HalftimeHype pic.twitter.com/rjnch3Wso3

9) The University of North Alabama is known for it's powerful corps style shows and 2016 was no exception. One moment really made us jump out of our seat and that was the trumpet run during "My Favorite Things". Holy bonkers that was tight. Watch their full show HERE

Here's the moment that melted our faces:


8) Auburn Marching Band and the School Choir team up for a patriotic finale unmatched on the field in 2016. Their performance of America the Beautiful will absolutely give you chills. Make sure you watch the full performance to see how they incorporated taps into the show from different parts of the stadium. It is phenomenal. You can watch it HERE

Here's the ending of America the Beautiful that will give you all the feels: