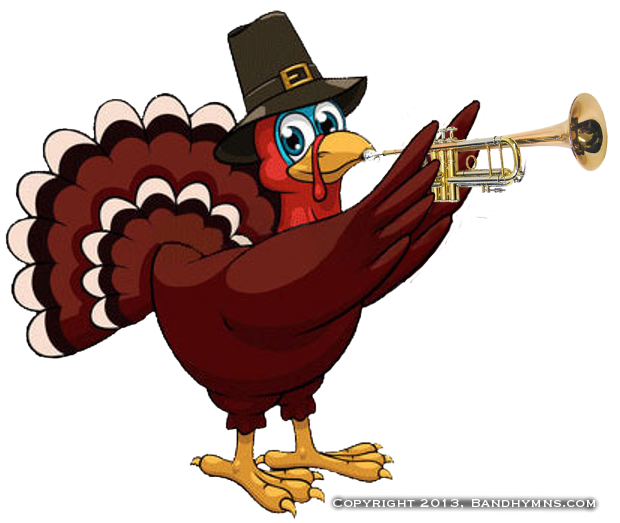 15 Things Marching Bands Are Thankful For

November 25, 2015
Tweet
Thanksgiving… a time to stuff your face with turkey surrounded by family and friends to a point where the top button on your pants might not button anymore. While you reflect on all that you are thankful for and all you have to celebrate in your life, we’d like to take some time and recognize what marching bands are most thankful for. If you didn’t march your last game before Thanksgiving, then you are probably marching it this Saturday. BUT WAIT! There’s more! For the schools who are lucky enough to make a bowl game, and the bands who are lucky enough to make the trip with their football team, the bowl game is one last hoorah at the end of your season. For that last hoorah, we are most certainly thankful — we weren’t ready to say bye yet anyway.

We know, we know, we said bowl games already… but we just REALLY want to stress how thankful we are for the warm bowl games. The sun and    warm temperatures make a trip down to the south over the holidays a great treat for northern bands who are
normally marching in snowfall during this time of year. So for that, we thank you BCS!

There are many universities who are doing what they can to make sure their bands are heard loud and clear throughout the entire stadium — from the nosebleeds to the complete opposite side of the field. Mic’s that get set up near the band gives you the chance to really be heard and show off their fun stand tunes. It also helps the atmosphere of college games stay “college” instead of consistently hearing piped in music like you hear in the NFL. THANK YOU technology and athletic departments everywhere. F-sharp for days.

I mean really… those things save your lives. Whether they are printed and 25 pages deep, or you are lucky enough to have digital versions on an iPad to march with, without a drill chart, you’re the guy marching towards one end zone while the entire rest of your band is headed the other way. Memorize your drill charts… DON’T BE THAT GUY.

5) Being a Band Couple

We’ve said it before, but being a band couple is something special. You wink at each other at practice from across the field and get the cutest pictures on game day. Being one half of a band couple sure is a special experience and we have definitely said it before - we LOVE band love.

6) Not Being a Band Couple

To give all you single folks out there in the band some love, we’re thankful for not being a band couple. Sometimes when you are sweaty and smelly at practice, knowing that you are not looking your absolute best, the last thing you want to see is two other sweaty and smelly people sneak a kiss. While we love band love, we’re thankful for you folks keeping your significant other outside of band.

There is no doubt that your time in band will introduce you to some of your very best friends. The experiences you share and just the sheer amount of time that you spend with your fellow band members will introduce you and help you to build relationships with some of the greatest people you’ve ever met. You’ll meet your future groomsmen and bridesmaids, and you will joyously reunite once a year at homecoming to relive your glory days. Trust us… there is nothing like it.

Heyyyyyy, heyyyy baby… We’re going to take an educated guess here and say that most marching bands across the country play one of or both of these two songs - Hey Baby and Sweet Caroline. We are thankful for those two crowd-pleasing jams that give us the ability to play while hundreds and thousands of people sing along.

If you follow College Marching and the content that we produce, we love featuring the baton twirlers. Whether they are featured twirlers or entire teams, they add a special flare and impress crowds everywhere as they march alongside the instrumentalists. We are thankful for the universities and band directors who give these young women and men the chance to twirl their heart out for the schools they love.

Haha… we are semi-kidding with this one. It is a love-hate thing. No matter where you are in the country, wearing a wool uniform in 90 degree weather is just painful. But, when the temperatures finally start to drop, you really start to appreciate just how warm that uniform keeps you. Thank you wool uniforms.

Marching band is one of the greatest experiences of your life and it will definitely shape who you are as a person. That being said, if you go to a school that let’s your alumni band perform during homecoming, you get the chance to do it all over again, once a year. We thank you for that chance to march once a year, long into our later years in life.

12) The ACTUAL Last Run Through

Band directors, this one is for you. We know you expect perfection, and deep down, we appreciate that more than you know. But we cannot be more thankful for the run through that is the ACTUAL last run through.

While each halftime show might be different, your school’s pregame will remain the same for generations of band members to come. We’re thankful for the ability to play the fight songs of our university and radiate school pride as much as possible.

If you wear your band uniform around the tailgates for your school… you know what we mean with this one. Your uniform is like a meal ticket. People love to feed college students but even more so, they LOVE to treat members of the band. Thank you, tailgate food, for filling us up and helping us make it through gameday.

15) Getting on the Jumbotron or TV Broadcast

Getting on the jumbotron is fun and being in the background of a live broadcast while you march is even more fun. We are thankful for those camera men who find it fun to highlight the band and give us some recognition for the work and talent that we had. We are also appreciative of the opportunity to really stand out in those five seconds of fame… as long as we are not being shown because of tears from our team’s loss. (Shout out Piccolo girl!)

Our team at College Marching Bands is beyond thankful for every single one of our readers and fans. We always hoped that when we started down this path that it would grow into something great, and because of each and everyone of you, our hopes and dreams (so far) have been surpassed. Sharing our passion for music and marching band with all of you and spreading the amazing work of college marching bands across the country is so fun for us but it wouldn’t be possible without all of you. THANK YOU!